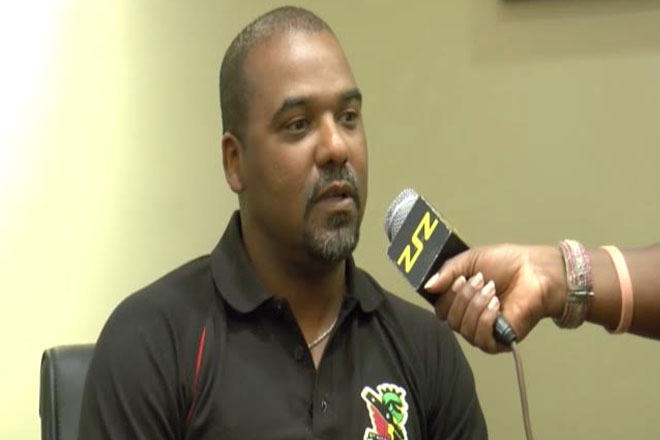 SKN Patriots off to St. Lucia

(ZIZ News) — Members of the St. Kitts and Nevis Patriots team are off to St. Lucia, in anticipation of the first match against the St. Lucia Zouks on Wednesday.

On Monday, our cameras were at the Yu Lounge, which is owned by team sponsor, Uday Nayak. While there, we spoke with Nevisian cricket all-rounder Tonitto Willett who said he is proud to be one of two local players on the team.

Willett, who played with the St. Lucia Zouks in last year’s edition of the Caribbean Premier League, expressed confidence that the Patriots will be victorious this year.

Jamaican Andre Coley is one of the coaches. He spoke about the team’s training to date.

“Over the last four days, we have assembled the team gradually and we have given the players opportunities to get out. Some have been travelling. We have been fortunate to have had good weather so in terms of practice, we have been having a couple of net sessions and then we were able to have a couple of practice games,” he said.

The first home game for the St. Kitts and Nevis Patriots will be played on June 30th against the Jamaica Tallawahs.