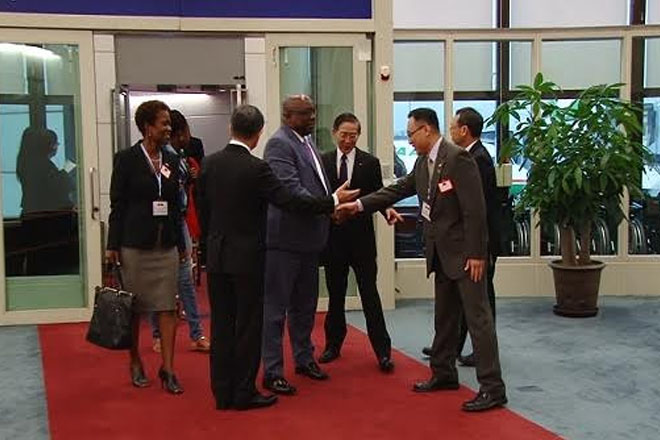 (ZIZ News) — Members of the Prime Minister’s delegation to Taiwan returned to the Federation on Sunday night after a series of meetings with Taiwanese government officials.

While overseas, Prime Minister the Hon. Dr. Timothy Harris met with representatives of the National Yang Ming University, which is known for research in fields of medicine, life sciences and biotechnology.

Prime Minister Harris said he hopes to discuss further cooperation with the University to boost health care in the Federation.

“Health is critically important for us as a developing country and so, we look forward to this presentation and we hope that the health sector would be one in which we can turn our attention as we attempt to deal with some of the many challenges which we face in our country with regards to the delivery of health care,” Dr. Harris explained.

He said the government is looking at ways to strengthen the specialist capabilities of health care professionals in the Federation.

“Cancer, cardiology, and those areas…Those are the areas in which we have the greatest need. Nephrology, those are some of the areas. Most of the doctors who are trained are the general medical practitioners and so, we are attempting to get them to go beyond that into the specialist areas of concern,” he said.

He is expected to return to the Federation later this week.