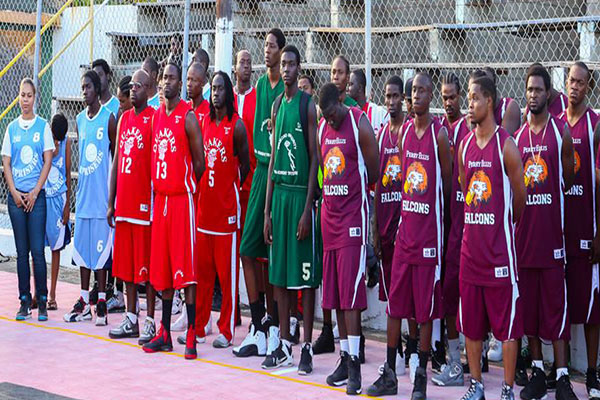 Basseterre, St. Kitts — The 2014 SKNABA Playoffs is expected tip off this weekend Saturday October 4th at Basketball City. The defending Champions Challengers Exodus will be seeking a second straight championship as they have dominated the 2014 season with an undefeated regular season.

The Playoffs will be without former 8 time Champions and perennial finalists the Horsford’s Ghetto Roots. Ghetto Roots have been relegated to the “A” division after forfeiting two games during the regular season. Last Year Finalists the Bird Rock Uprisers were also similarly relegated.

The first 2 games of the Playoffs will see two very exciting match-ups including two former champions. In the first game on Saturday, the 4th Seeded Nevis PJ’s will tangle with the 5th Seeded Cayon Lions while the 3rd Seeded Multiple Time Champions Rams Hitters will battle with former Champions the Ghaut Bucs.

PJ’s have had a commendable year in their first season in the premier division after being promoted last season. Cayon is also having a commendable season after an almost undefeated run last year in the “A” division. The marquis match-up however will undoubtedly be the Rams Hitters vs the Gut Bucks. Hitters are looking to reach back to their glory days when they dominated local basketball. However with a much younger team and far less talent compared to their former legendary stars like Marty Huggins, Ghost Phillip and Shabba Forbes Hitters are hoping for an exceptional game in order to get by Ghaut Bucks and bring them one step closer to a return to the finals. Ghaut Bucs season has been up and down one and their success against hitters will lay squarely on the shoulders of Tambie Caines the team’s leading scorer for the last 6 to 7 seasons. Ghaut Bucks goes as Tambie goes. Therefore Tambie must have one of his exceptional performances for his team to defeat the younger Hitters.

Due to the relegation of Ghetto Roots and Bird Rock the two top teams in the Undefeated Challengers Exodus and the Cotton Ground Rebels both received a bi into the 2nd round where they will await the winners of the first two matches of the first round.

The Playoffs will continue on Thursday 9th.