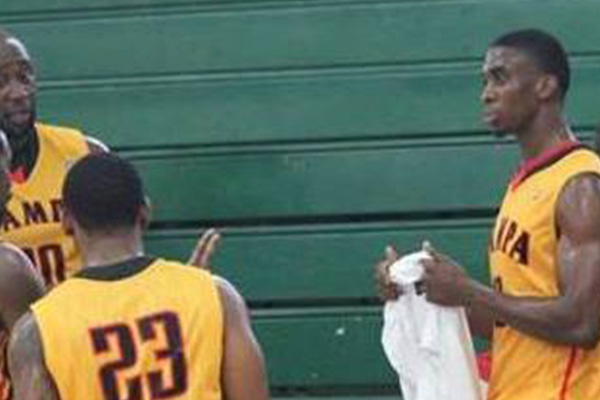 Rawlins is making his mark internationally as a star player in an Asian Professional Basketball League. The 6’-6” Conareed born and raised Rawlins was recently signed to the Tahah Basketball Club in the Super League across the globe in Mongolia.

According to Rawlins he signed an initial 6 month contract with the team and is using the experience and opportunity to build his skills, talent and basketball resume with a hope of moving forward and upwards to more well established International league like the European Leagues or even the NBA.

Rawlins has had short stints with the ABA’s Tampa Bay Rain and played his college ball at the University of Tampa.

In a post on social media just before his first game in the Mongolia Super League Rawlin tweeted, “Living a dream, I still can’t believe it…first jersey goes to you mom! I know you proud of me.”

SKNABA President Kenroy Romel Tobias says his association is extremely proud of Dane’s success and expresses his association’s commitment to supporting Rawlins in anyway possible to ensure his success.

“Dane’s success is the success of SKNABA and we will commit to giving whatever support we can to him and any other SKNABA player as their success is our success and both successes will hopefully  mean the enhanced development  of our sport , “ said Tobias Dane played and shined in the Euro-Basket Summer League held in Las Vegas, USA held this past summer and  was selected in the top ten (10) all stars, who participated in the league.

In his most recent game in the Monglia Super League Dane scored 28 pts, 10 rebs, 5 assists and 2 blocks.

Rawlins played in the 2013 SKNABA Finals as a member of the Bird Rock Uprisers Basketball Club which suffered a 3 games sweep finals defeat at the hands of the Challengers Exodus.