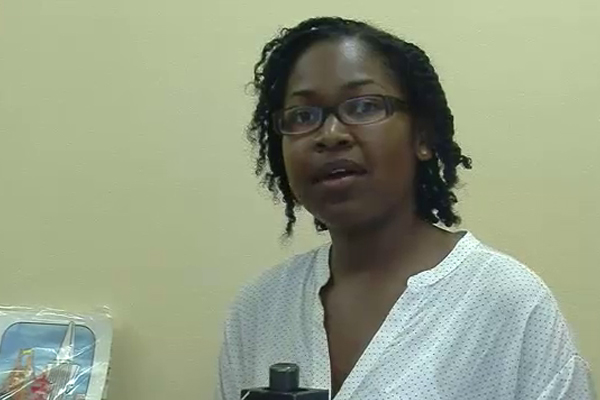 (ZIZ News) — The St. Kitts-Nevis Association of Houston (SKNAH) has once again made donations to institutions in the Federation.

On Monday, the Association donated two barrels and a box to the New Horizons Rehabilitation Centre in Harris’ and on Tuesday, it donated a Frigidaire refrigerator to the Charles E. Mills Secondary School’s Home Economics Department.

Community Service Director of the SKNAH, Janielle Maynard, said that the donations were made possible through the Association’s Pack De Barrel Initiative.

“In 2011 we began the Pack The Barrel Initiative and this year we are continuing to do so by making a donation to the New Horizons Rehabilitation Centre. Last year when I travelled here to St. Kitts and we made our donation to the Cotton Thomas Comprehensive School, I learnt about the New Horizon facility and I thought it would be a great place to come by and make a donation to,” she said.

Maynard also encouraged the students at the Charles E. Mills Secondary School to take care of the donated refrigerator.

“For a while now you guys have been reaching out and have been in need of this refrigerator and we were in a position to do so and so we’ve come together to make this donation. I want to let you know that all the donations that we make, this fridge included, is compliments of regular people who have regular jobs and make small donations and we put them together so that we can donate them to you. This is not something easy to come by and we hope that you would take care of it,” she said.

Naeemah Hazel, Director of the New Horizon Rehabilitation Centre, thanked the Association for the donation.