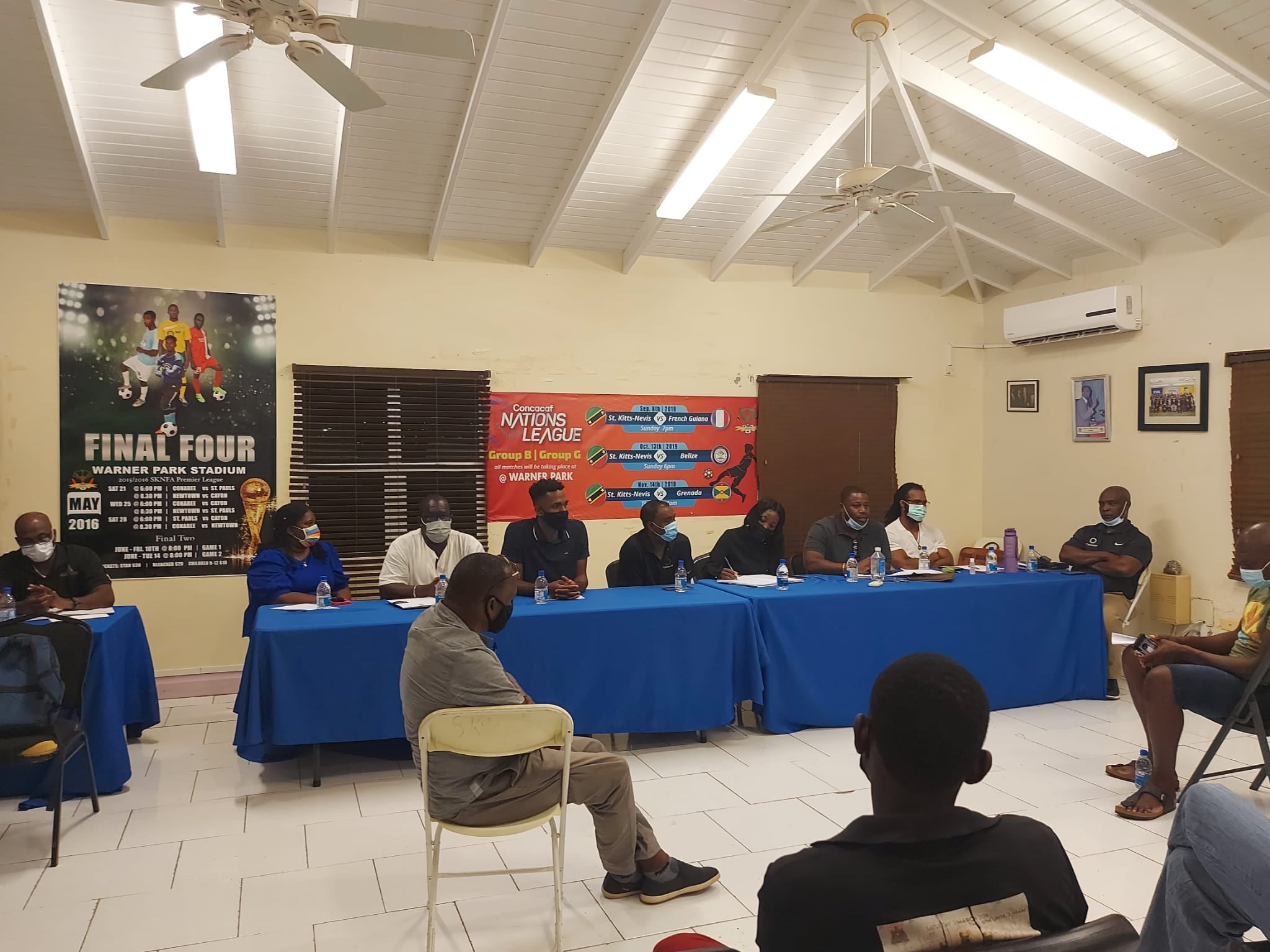 Basseterre, St. Kitts, October 25, 2021 (SKNFA): The St. Kitts and Nevis Football Association (SKNFA), after meeting and consulting with member clubs earlier this week, has announced that its football competitions will restart on Saturday, November 6 with the Premier Division. The President’s Cup will be the match marking the restart of the leagues which will feature last year’s SKNFA Premier League Champions St. Paul’s United F.C. taking on St. Peters F.C.

The other restart dates are:

The Reserve League on Wednesday November 17.

The Women’s League will be assessed and restarted at later date.

The SKNFA noted that all Covid-19 protocols will be in place for all leagues and games. A decision was taken by the new executive to take football back into the communities and as such only 50% of the capacity of the various venues will be occupied by fans. A further landmark decision was taken by the president and executives to honor immediate past President Mr. Anthony Johnson by continuing the leagues in his honor. Mr. Johnson passed away recently.