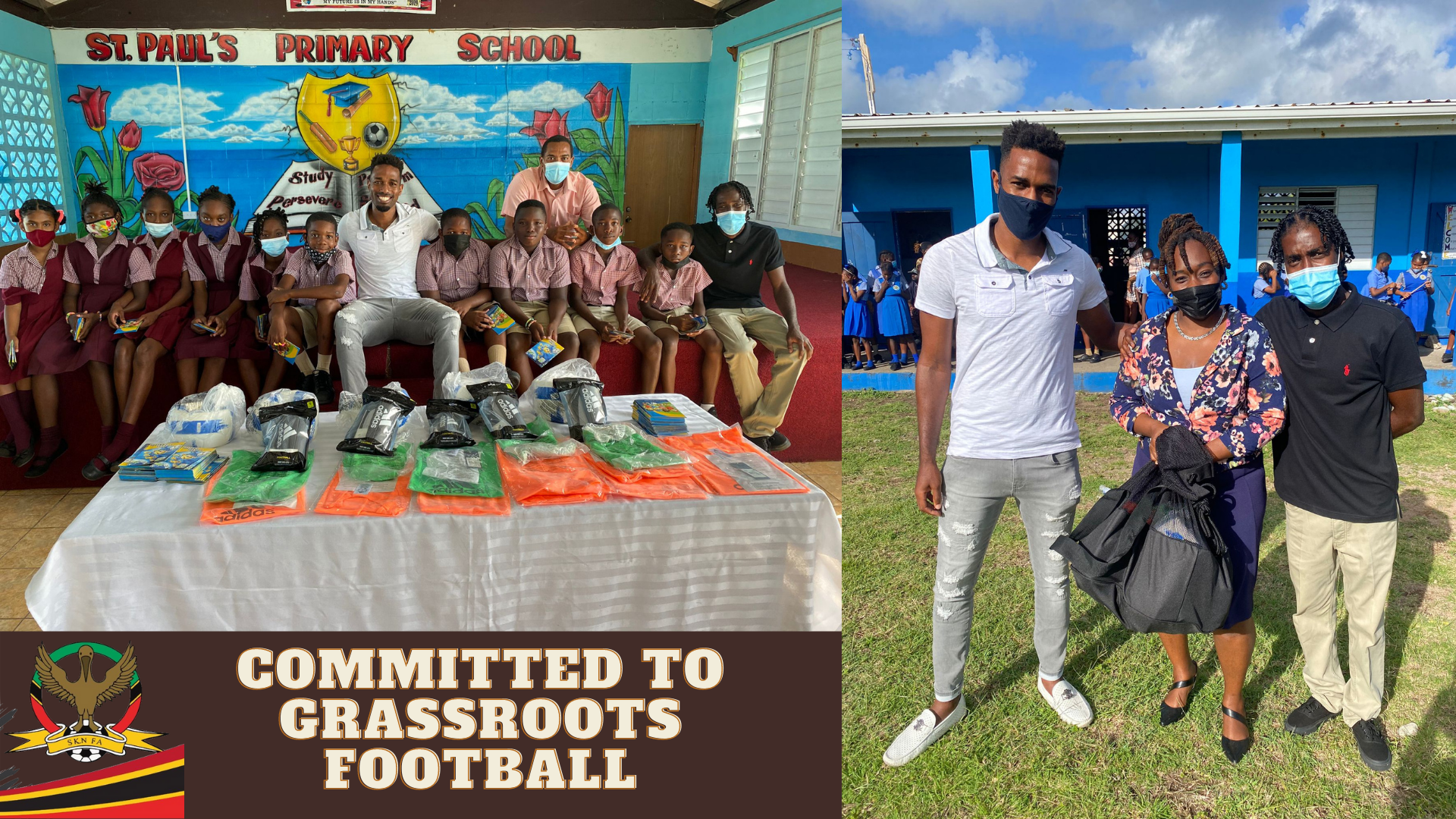 BASSETERRE, St. Kitts; November 17, 2021 (St. Kitts Nevis Football Association) — SKNFA President Atiba Harris has been on a “Tour de Force” over the past two weeks on his commitment to the youths of St. Kitts and Nevis. He was joined by Head of the SKNFA Youth Committee Phil Cooper as they visited the St Paul’s and Saddlers Primary Schools respectively today where some football equipment were donated. President Harris in his remarks stated that “he hopes that the equipment drive will act as an olive branch to the Ministry of Sports, in our bid to oversee football at the Primary and Secondary school level.” On Tuesday, Mr. Harris and Mr. Cooper took photos with Mr. Buchanan, Principal of the St. Paul’s Primary School and Kira Mason, Principal of Saddlers Primary School as the donations were being made. This donation is part of the commitment of Mr. Harris and the SKNFA Executive to promote the development of the sport in rural St. Kitts and Nevis.