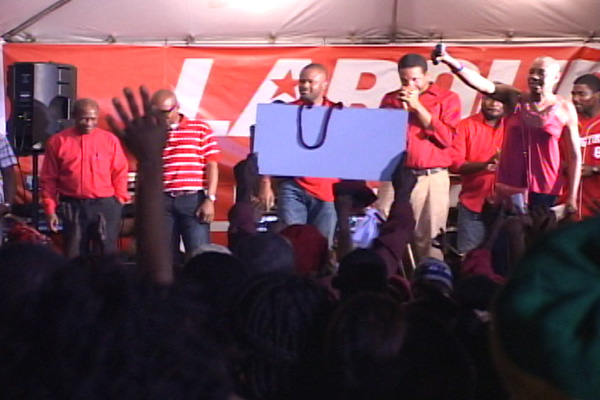 (ZIZ)– In continuing the celebration of the fourth year of the fourth term since The St.Kitts Nevis Labour Party was elected, ministers of government and supporters gathered for a rally and party on Saturday evening at “Bottoms Up” located at Port Zante.

In addressing the crowd, Prime Minister the Right Honorable Dr. Denzil Douglas thanked everyone for their continued support.

Several local performers were on hand to entertain the massive crowd. Among those on the programme were Fantastic Thunder, Ayatollah, and the Nu Vybez Band.

Anniversary activities wrapped up with a church service at the Rivers of Living water on Sunday.