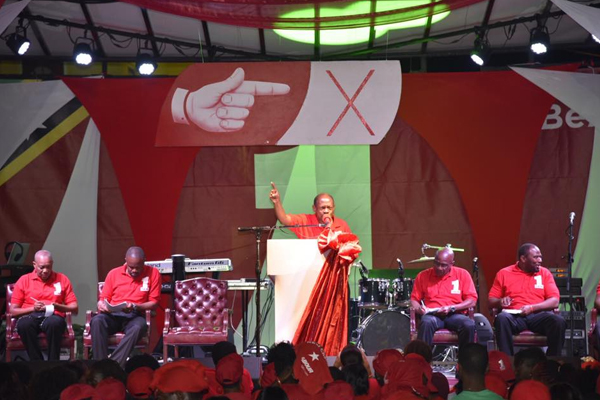 The official route stated that the procession would begin at the Basseterre Shoreline travelling Westwards and would end with a political rally in Cayon at 8pm.

The whistle-stop followed the official launch of the 2015 Election Manifesto on Saturday night in Molineux.

The document highlights the Party’s vision to further develop St. Kitts and Nevis over the next five years and beyond.