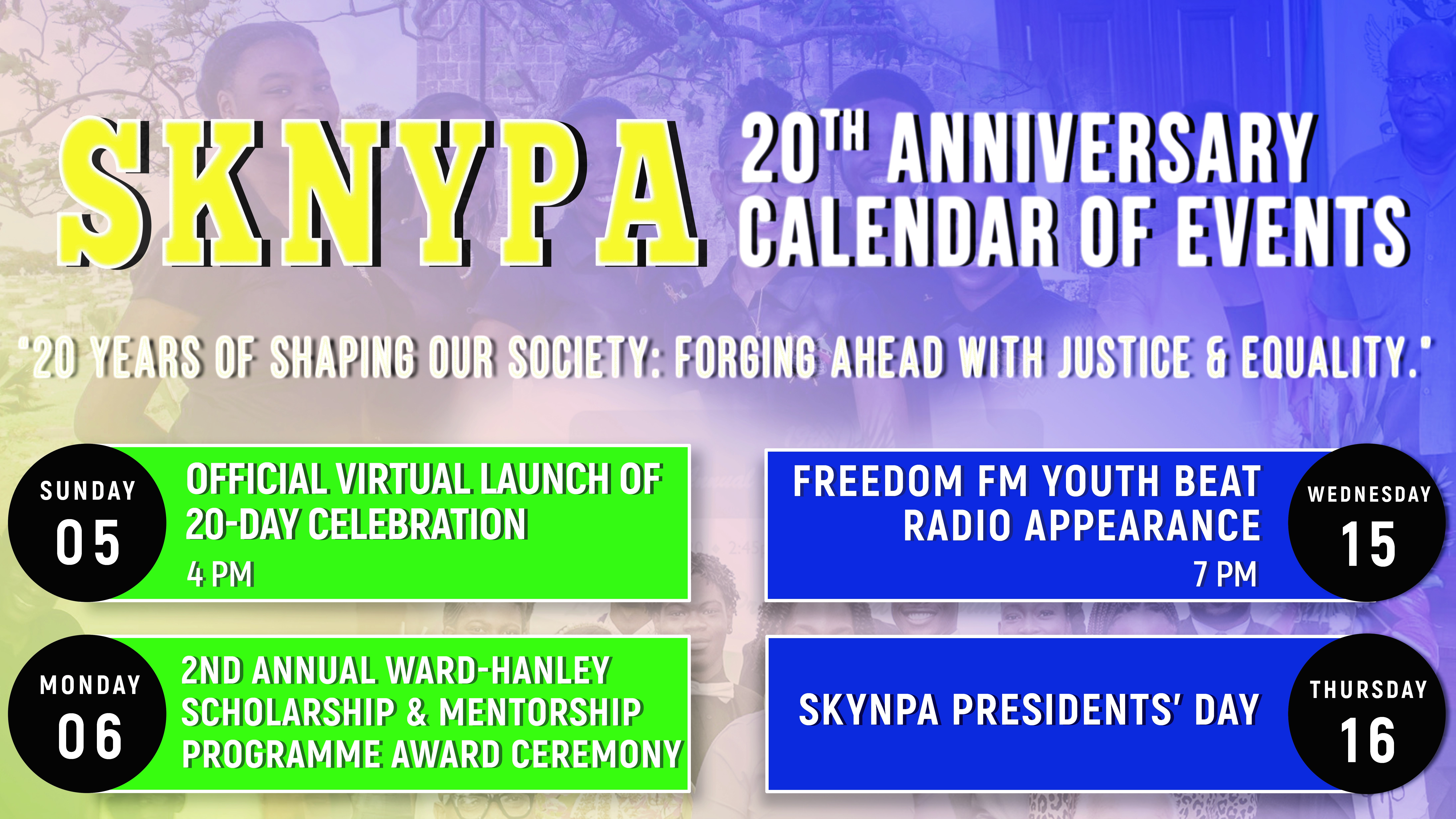 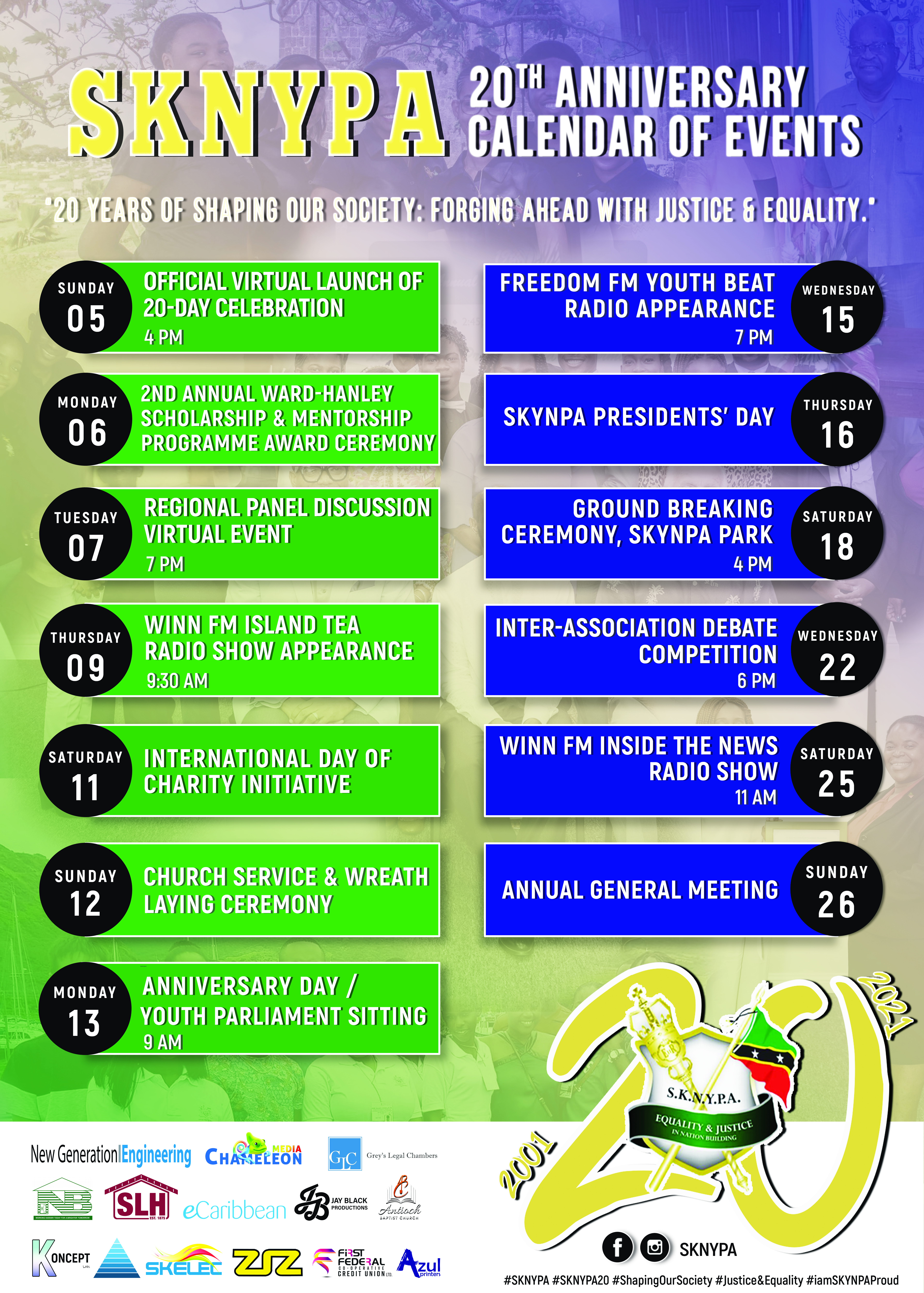 (September 02, 2021) – The St. Kitts National Youth Parliament Association (SKNYPA) is celebrating its 20th anniversary over a 20-day period with a number of celebratory events and activities set to kick off in the first week of September under the theme “20 years of shaping our society; Forging ahead with justice and equality”.

An official virtual launch of the 20-day celebration is set for Sunday, September 05, 2021 at 4p.m. and the event will be streamed live via SKNYPA’s Facebook and YouTube pages. The recipients of the 2nd annual Ward-Hanley Scholarship and Mentorship Programme will be announced on Monday, September 06.

A regional panel discussion on the topic “Inspiring, Involving and Manifesting Tomorrow’s Leaders” will take place virtually on Tuesday, September 07 at 7p.m. The panel discussion will be moderated by SKNYPA’s President, Ms. Patrice Harris, and will see youth leaders from St. Kitts, St. Lucia, Belize and Anguilla on the panel.

Members of SKNYPA will be featured on WINN FM’s ‘Island Tea’  morning show on Thursday, September 09 at 9:30a.m. to briefly discuss achievements and the impact the association has made over the past two decades, and will also use the opportunity to speak on some of the events and activities planned for the 20th anniversary.

In commemoration of the International Day of Charity recognised annually on September 05, members of the association will donate care packages to five people in Basseterre on Saturday, September 11. A church service at the Rivers of Living Water Christian Centre followed by a wreath laying ceremony at the graveside of the late Desmond Eli Ward, a founding father of SKNYPA, is set for Sunday, September 12.

Another radio show appearance has been scheduled for Wednesday, September 15 at 7p.m. on Freedom FM’s ‘Youth Beat’. Thursday, September 16, which is celebrated as National Heroes’ Day in St. Kitts and Nevis, will see SKNYPA recognizing and honouring its past presidents for their support and contribution to the overall development of the association.

Other events and activities planned for the celebration are a groundbreaking ceremony for the construction of a SKNYPA Park, an inter-association debate competition on Wednesday, September 22, and an appearance on WINN FM’s ‘Inside the News’ talk show on Saturday, September 25. The month-long celebration will culminate with an Annual General Meeting on Sunday, September 26, 2021.