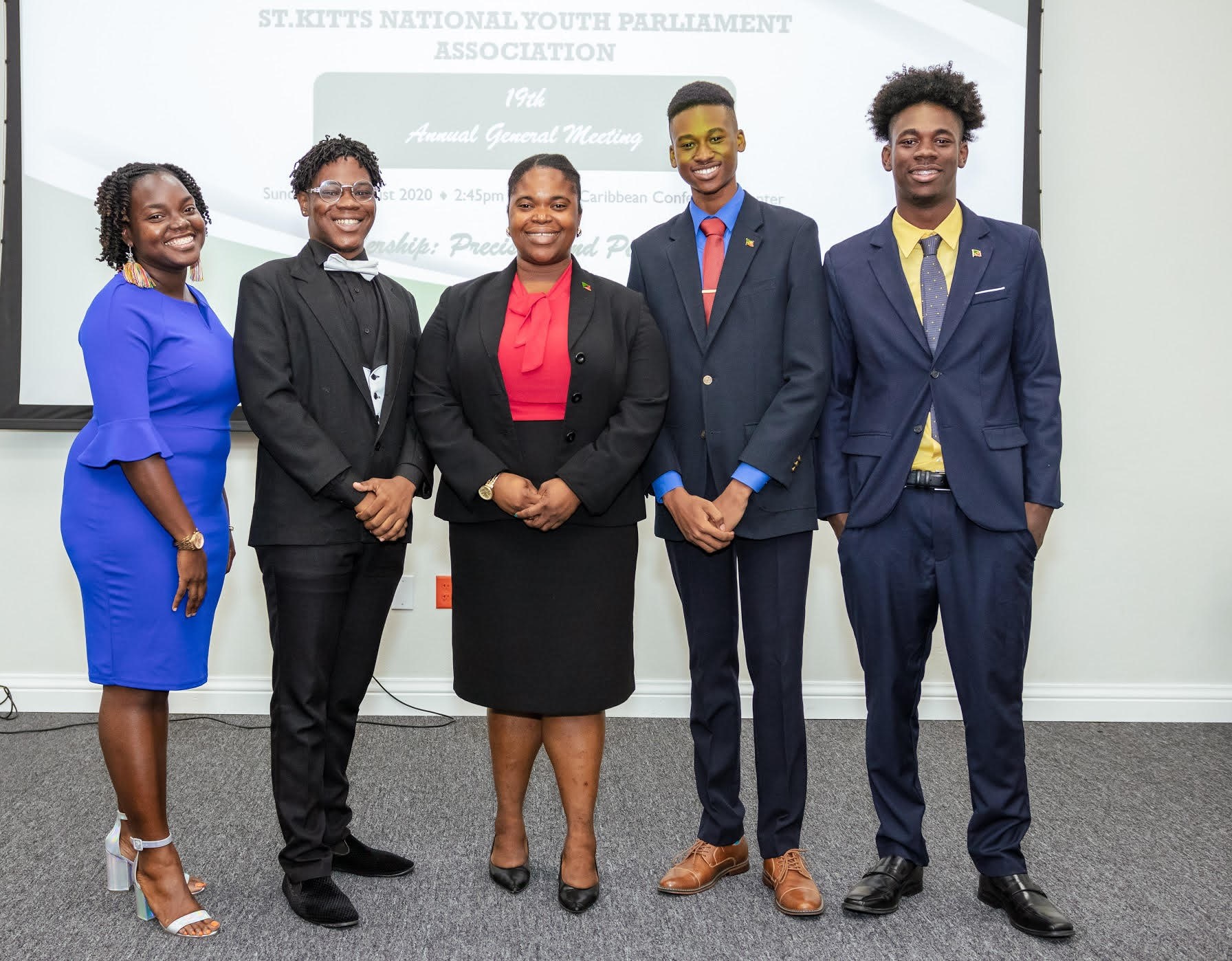 Outgoing president, Ms. Patrice Harris gave her end of year report and challenged the membership to “never take it lightly when we say our pledge on Thursday evenings, ‘I pledge myself, time, talents and spirit to promote the cause, work and interest of the St. Kitts National Youth Parliament Association through self-respect and team work” Harris said.  “May we never rest on our laurels and may we inspire a generation of whom will finish the great work we have begun.”

Ms. Patrice Harris was returned to the position of President and Mauriel Knight as Vice President The other members of the newly elected executive are Jeremiah Welcome (General Secretary), Kerissa Roberts (Treasurer) and Malakhi Ferguson (Public Relations Officer). The electoral process was supervised by two honorary members and one alumnus: Mr. Sam Condor, Mr. Dwyer Astaphan and Mr. DeHaan Henry.

Mr. David Lake, Country Manager for Flow, delivered the keynote address to the association on the topic Leadership: Precision and Performance. In highlighting the challenges of being a leaderhe said “Though each day is a challenge, each day gives you a brand-new opportunity to get better. You can never be perfect at the job of leadership. You can only give it all you’ve got.” Mr. Lake further encouraged the members to never give up and to not only strive to be a successful leader, but a great one.