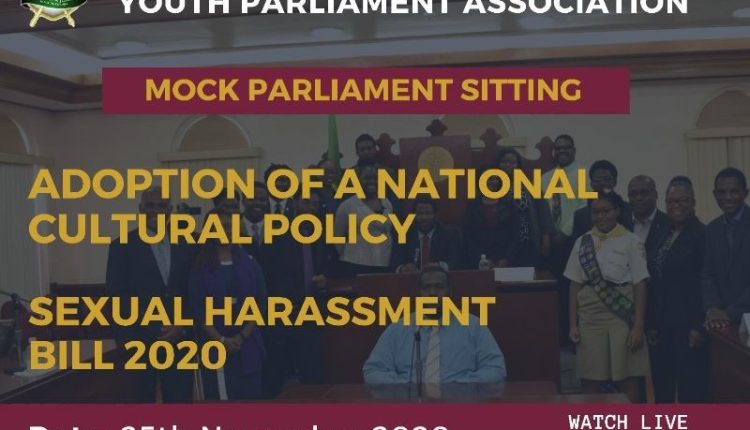 The sitting begins at 9 a.m. in the National Assembly Chambers. The event forms part of the celebrations for Youth Month 2020, which is observed annually during the month of November.

Several pertinent issues will be discussed during the session. The major highlights will be the adoption of a National Carnival Policy as well as debate on the Sexual Harassment Bill 2020.

The mock sitting will be aired live on ZIZ television. Persons are encouraged to tune in to the proceedings and support the young people as they air issues affecting youth in the Federation of St. Kitts and Nevis and work towards the advancement of youth development.

According to the organization’s Facebook Page, SKNYPA was launched on September 13, 2001, under the Motto “Equality and Justice in nation-building. It is a non-profit, non-governmental, non-partisan youth organization.