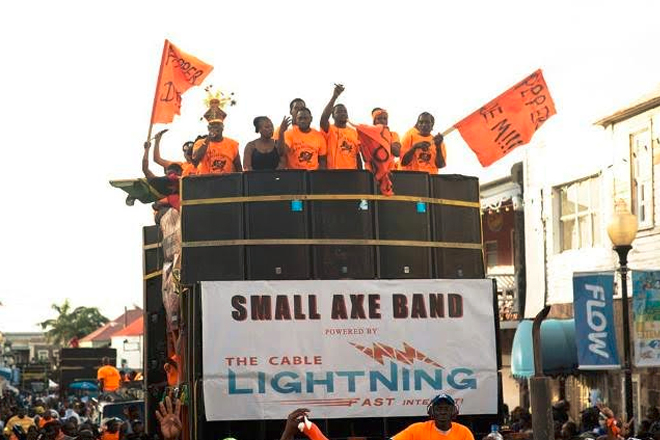 With its catchy song, “Pepper Dem”, the Small Axe Band will hold bragging rights as the top band in St. Kitts and Nevis for another year.

Banker’s Mas Camp also repeated as winner of the Best Carnival Troupe with the highly creative Golden Memories: #Ahcultrualselfie, which took residents and visitors back in time to early life in St. Kitts and Nevis.

In second place in that category was Fhunn Vybz and in third place was Ultra Carnival.