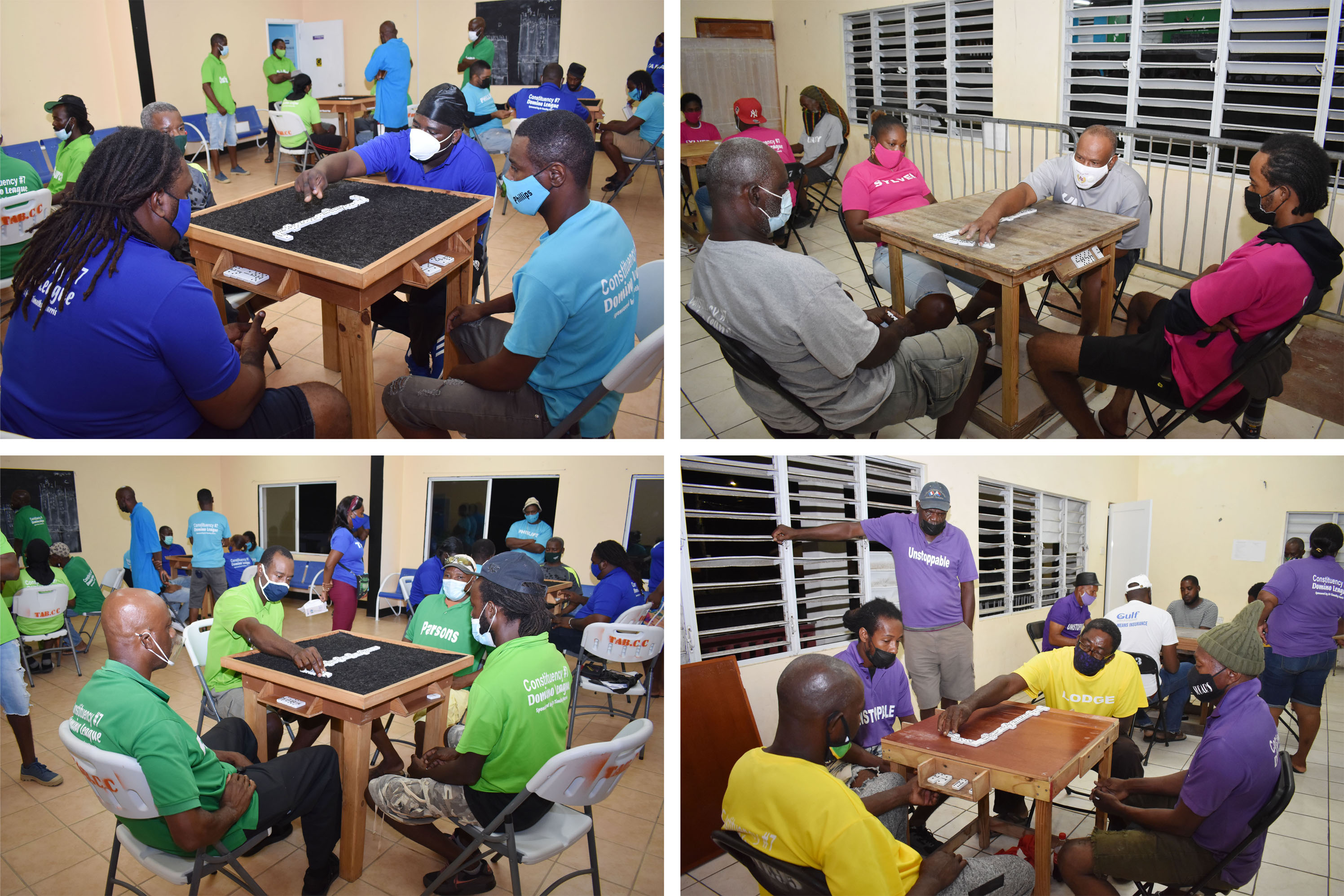 BASSETERRE, ST. KITTS, October 8, 2021 (MMS-SKN) — Six of the seven games played on Thursday evening October 7 in the fourth segment of play in the 26th edition of Constituency Number Seven Dr the Hon Timothy Harris Domino League featured an all-round improved showing by the players as the competition heats up.

Ottley’s Domino Club who returned to the league after an absence of many years won their first game by beating, in a closely contested game, Saddlers Domino Club 13-12 at the Edgar Gilbert Sporting Complex pavilion in Molineux.

The second game at the same venue between Mansion Domino Club and Molineux Domino Club did not take place after Roger Crawford, Captain of the Mansion team, raised an objection that the Molineux team had two ‘outside’ players. Players in the teams must be from their respective constituencies (Number Six or Number Seven), but an exception is allowed for one player from outside the constituency to play on the team.

At the end of the fourth segment of play in the 26th edition of Constituency Number Seven Dr the Hon Timothy Harris Domino League, preliminary point standings have Christ Church and Unity sharing the top position with 18 points each, closely followed by the defending champion team Tabernacle who have 17 points.

The fifth segment of play in this only round of play in the 26th edition of Constituency Number Seven Dr the Hon Timothy Harris Domino League will be on Tuesday, October 12 at the same four venues with all games starting at 7:00 p.m.

Tabernacle Community Centre will host the games between Saddlers and Mansion, and Parsons and Guinness. The Edgar Gilbert Sporting Complex pavilion in Molineux will host games between Unity and Christ Church, and Molineux and Phillips.

The old Lodge Community Centre in Lodge Project will be the venue for the defending Champion Tabernacle vs. Unstoppable, and Small Corner Bar vs. Sylvers games, while the final game between Lodge and Ottley’s will be held at Cuban Bar in Lodge Project.