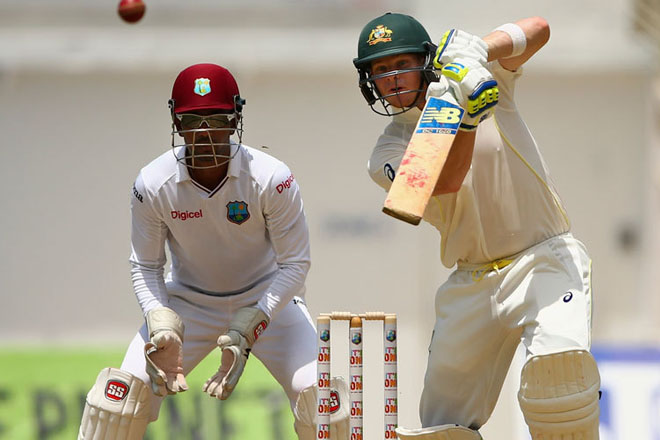 Sports Page — Steven Smith’s ninth hundred – his fifth in six Tests – held Australia’s innings together in Jamaica, his partnerships of 118 with Michael Clarke and 76 with Adam Voges ensuring West Indies were able to claim only four wickets on the first day. The returns were fewer than Denesh Ramdin would have wanted when he gave his fast bowlers first use of a moderately grassy pitch at Sabina Park.

West Indies had a hero too, though. Jerome Taylor was outstanding, dismissing Australia’s openers while not conceding a run in six overs before lunch. He swung the ball both ways at pace, got it to bounce appreciably, and finished the day with figures of 15-8-18-3. Unfortunately for the home side, Taylor had little back up. Kemar Roach and Veerasammy Permaul were expensive, and Jason Holder had a bit of a groin problem in the second session.