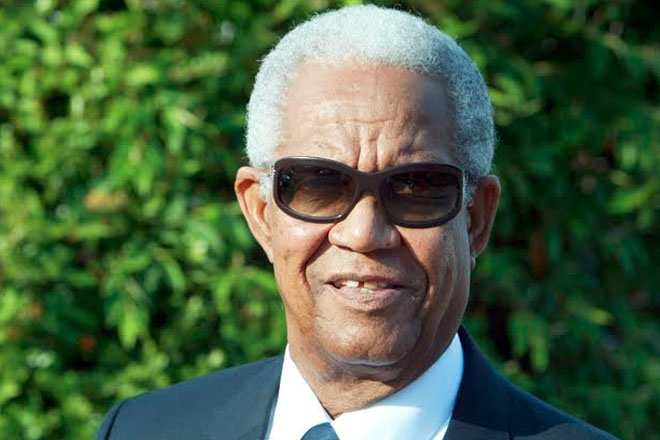 Sobers/Tissera Trophy up for grabs

The two-match series will be played for the Sobers/Tissera trophy as tribute to the former West Indies allrounder and captain and Michael Tissera, the former Sri Lanka captain.

The announcement was made by Sri Lanka Cricket at the official pre-series launch on Tuesday night. The two teams will play Test matches at the Galle International Stadium (October 14-18) in the coastal town of Galle; and the P Sara Oval (October 22-26) in the capital, Colombo.

Speaking at the launch West Indies captain Jason Holder said naming the trophy after Sir Garry, was a “special touch”.

“Having the trophy named after Sir Garfield Sobers is something truly special. He was one of the greatest to play the game and he still makes a major contribution to the game. Only recently he joined us in Barbados and wished everyone the very best for this tour of Sri Lanka. It is always good to see him and interact with him and it would be great for us to take home the trophy with his name on it,” Holder said.

“We have players in the team who are eager to do very well for West Indies cricket. We all look up to Sir Garry and the legends of West Indies cricket who paved the way for us to be here. We will look to play in the true spirit of the game and look to emulate the great things of our past heroes.”

Tissera, 75, is a high-respected former Sri Lanka captain and team manager. He represented the country in the pre-Test era and played in the first Cricket World Cup in 1975