The Ministry of Tourism, Transport and Ports wish to state clearly that NO such increase in fares has been approved by the Government, which has the sole authority to change bus fares, which are regulated by the State. Such changes in fares can only be done after negotiations and discussions between the Ministry of Finance, the Transport Board and the relevant bus associations, in consultation with the Cabinet. There have been no such engagements on the matter of bus fares.

Minister of Tourism, Transport and Ports, the Hon. Wendy Phipps convened an urgent meeting today to address the matter. The meeting was attended by Permanent Secretary for Tourism et al and Chair of the Transport Board, Mrs. Carlene Henry-Morton; Mr. Jefferson Pemberton, President of the East Bus Association; and Tyrone Browne and Delroy Carey of the St. Peter’s Bus Association. The Ministry of Finance participated in the meeting via teleconference and spoke about the Ministry’s facilitation of duty-free concessions to the membership of the bus associations.

The Ministry of Tourism, Transport and Ports wish to make it clear that the Government will not entertain an increase in bus fares at this time when the people of our country are confronted with an increase in the cost of living beyond their control.

The Government recently renewed the stimulus relief for operators of H buses and taxis that entails the following: reinstatement of the annual duty-free concession on the purchase of tyres, brake shoes and brake pads; $400 fuel subsidy for full-time bus and taxi operators; and $1000 per month stimulus for those taxi and bus operators whose vehicles were off the road and caused a cessation in their income stream.

The Ministry has committed to holding a meeting with authorised representatives of all four bus associations in the coming week in order to address pertinent matters relative to the Associations and Government. 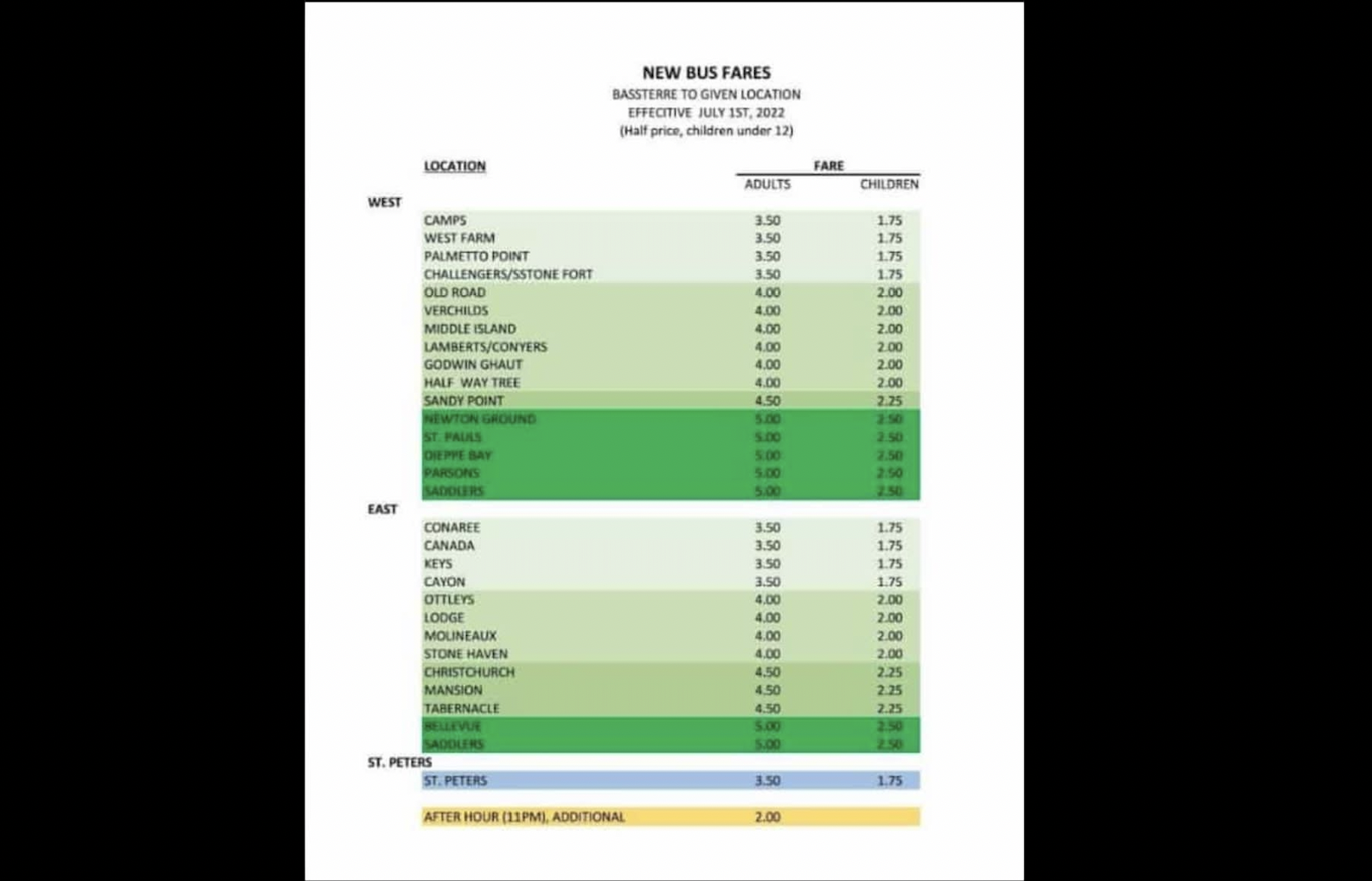