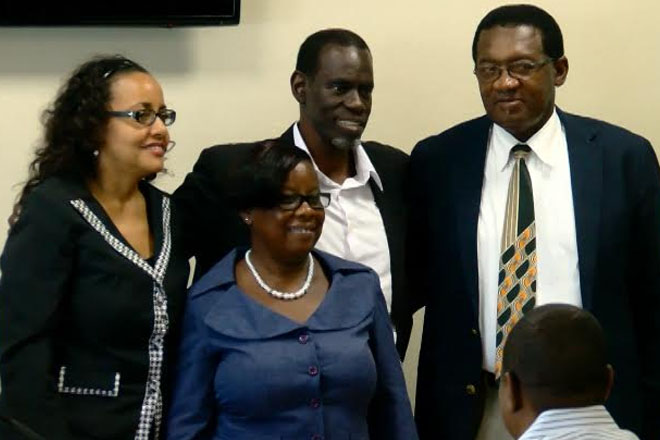 This year is said to be particularly special because it marks the 20th anniversary of the enactment of the legislation to establish the Solid Waste Management Corporation.

Chairman of the Solid Waste Board, Randolph Edmeade said the Act paved the way for the governing of solid waste in the federation.

“We are here to commemorate 20 years of the enactment of the Solid Waste Act, an act which establish the management corporation and an act that can also be viewed as a turning point in the way we deal with solid waste in the federation of St. Kitts and Nevis,” he noted.

The theme for the anniversary celebrations is “Projecting Forward”.

The Solid Waste Management Corporation’s general assembly was attended by Governor General His Excellency Sir S.W.Tapley Seaton GCMG CVO QC, JP and ministers of government as well as board members and staff of the corporation.

The keynote speaker for the event was Dr. Amhad Khan.