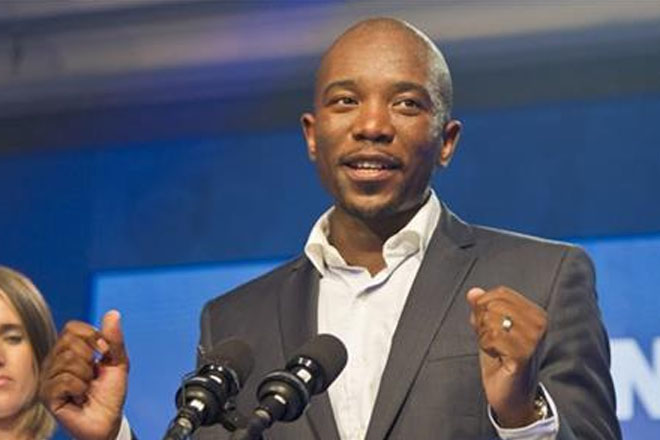 Johannesburg, South Africa (AP) — South Africa’s main opposition group on Sunday chose its first black leader at a party congress, seeking to expand its appeal in a country whose ruling party has dominated since the first all-race elections in 1994.

Mmusi Maimane was elected by delegates of the Democratic Alliance party who convened in the city of Port Elizabeth. He replaces Hellen Zille, a white who is the premier of Western Cape province, the only one of nine South African provinces that is controlled by the opposition.

In a speech, Maimane said many South Africans are struggling under the burden of poverty, unemployment and economic inequality and that more must be done to create jobs and promote small businesses more than two decades after the end of white racist rule.

Maimane had been head of his party’s caucus in parliament, where he sharply criticized President Jacob Zuma over a spending scandal at his private home. Despite the scandal, Zuma led the ruling African National Congress to another victory in elections last year.

The Democratic Alliance has its roots in white liberal opposition to apartheid decades ago and has struggled to shed perceptions among some South Africans that it primarily represents the interests of South Africa’s white minority.

The party has made inroads. In the 2014 elections, the Democratic Alliance won more than 22 percent of the vote, an increase of more than 5 percent from 2009. A new party that wants to distribute national resources to the poor, the Economic Freedom Fighters, won more than six percent.

The African National Congress had more than 60 percent of the vote, several percentage points lower than its result in the 2009 elections.

South Africa’s political factions are gearing up for municipal elections next year. The Democratic Alliance plans a strong push in the key municipalities of Pretoria, the South African capital, and Johannesburg, the country’s biggest city.