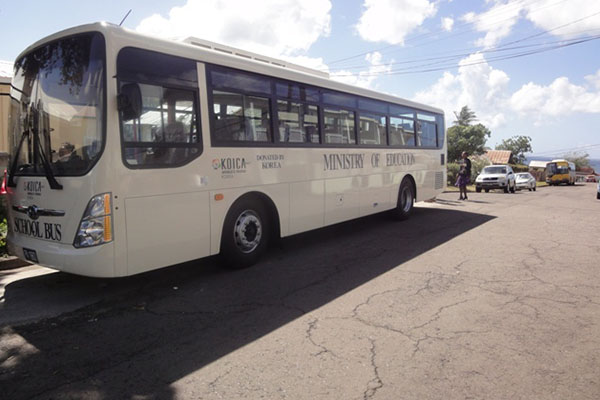 Basseterre, St. Kitts (CUOPM) – The Federation of St. Kitts and Nevis has received a 30th Anniversary Independence gift from the Republic of Korea.

A 45-seat passenger school bus was handed over by His Excellency Park Dong-sil, Ambassador of the Republic of Korea to St. Kitts and Nevis.

The South Korean diplomat, on a farewell visit on completion of his duties in the region, promised the school bus whe he were among several foreign dignitaries in Basseterre to celebrate the 30th Anniversary of St. Kitts and Nevis’ Independence.

The gesture also marked 30 years of diplomatic relations between both nations.

South Korea has also presented ophthalmic equipment for the hospital and a diplomatic vehicle for the Ministry of Foreign Affairs.