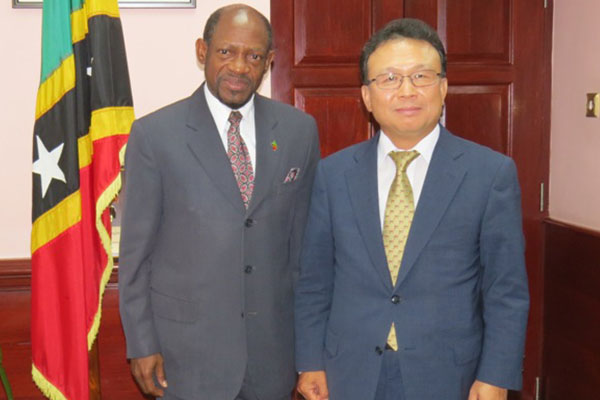 Basseterre, St. Kitts (CUOPM) – Outgoing Ambassador of the Republic of Korea to St. Kitts and Nevis, His Excellency Park Dong-sil, Ambassador has praised the significant progress of the twin-island Federation under the leadership of Prime Minister the Rt. Hon. Dr. Denzil L. Douglas.

Prime Minister Douglas said South Korea has been a close friend of St. Kitts and Nevis and agreed that the level of cooperation between both nations had indeed being strengthened during his tour of duty.

Dr. Douglas said the Government of St. Kitts and Nevis will continue to rely of South Korea in its national pursuit of moving the Federation towards a green economy.