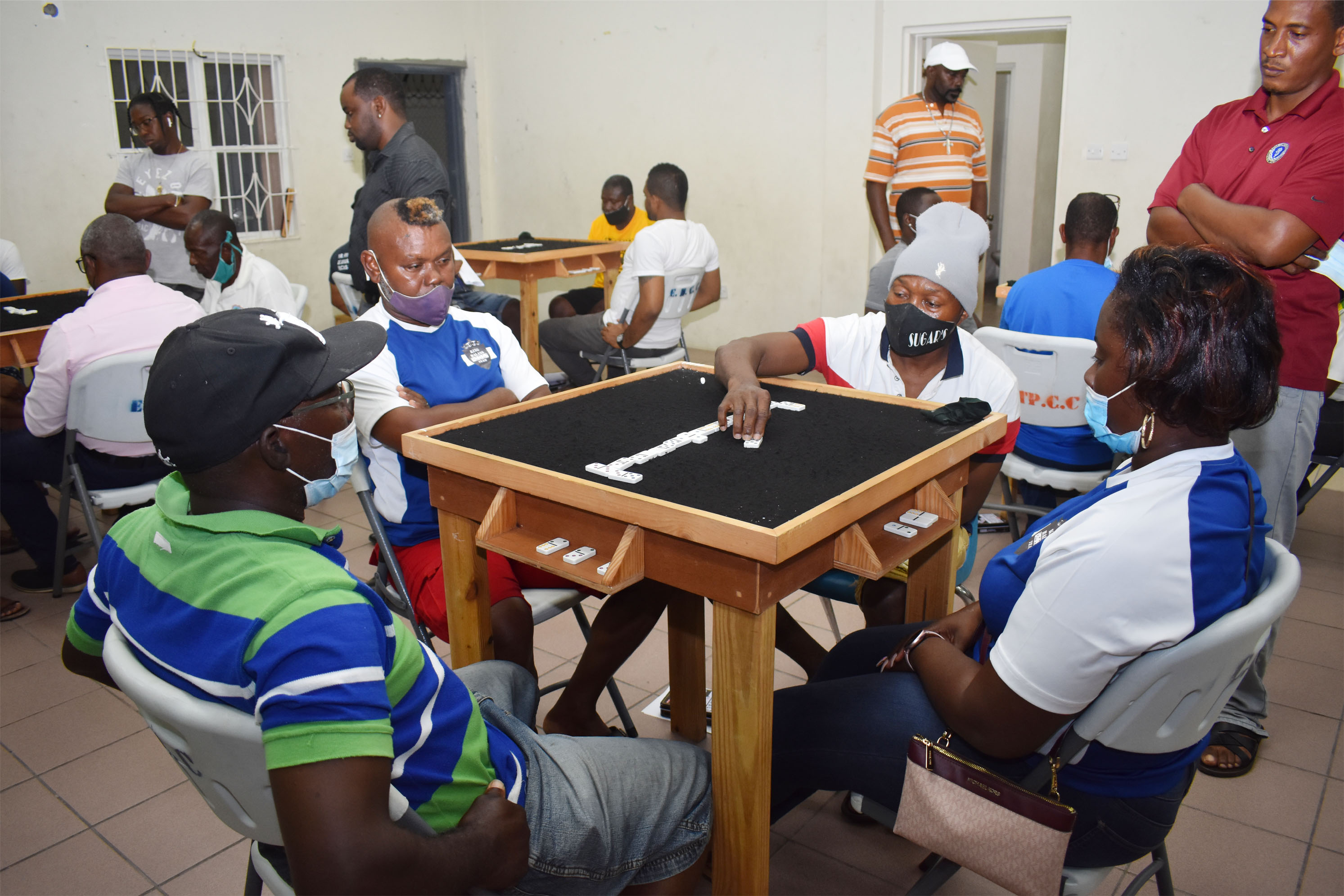 BASSETERRE, ST. KITTS, March 5, 2021 (MMS-SKN) — Masters of the Domino Art Form Domino Club suffered a loss on Thursday night March 4 during the fifth segment of play in the second round of the St. Kitts National Domino Association tournament that saw them slip down one slot on the points standing table, but are ahead of the team that inflicted the loss.

Knowing that they were at a disadvantaged position, Spartans Fig Tree Domino Club did not waste any of the chances that came their way as they forcefully engaged Masters of the Domino Art Form in their encounter at the New Town Community Centre. Their confidence and shrewdness paid handsomely as they emerged with a comfortable 26-16 win.

Lodge Domino Club who had a shaky start at the opening of the tournament have started showing their true form, which would have at one time earned them the highly competitive Constituency Number Seven Domino League championship. When they met bottom of the points standing King Balang Domino Club, Lodge managed a 26-20 win.

The competition, which is sponsored by the Development Bank of St. Kitts and Nevis – Platinum Sponsor, First Federal Credit Union, Best For Less Trading Ltd, The Craft House, and NAGICO Insurances, continues on Sunday March 7 at the New Town Community Centre starting at 5:00 pm with the teams meeting for the sixth segment of play in the second round of the competition.