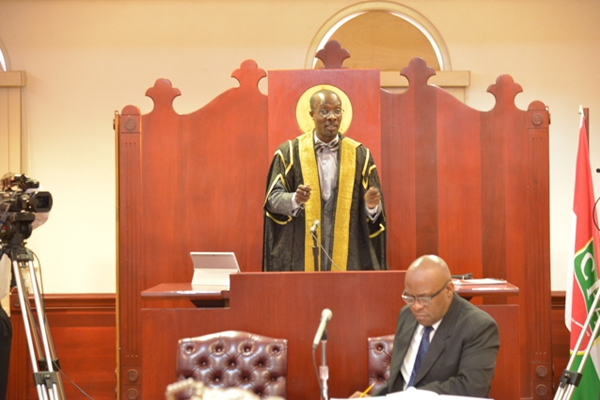 Basseterre, St. Kitts (CUOPM) — Speaker of the St. Kitts and Nevis National Assembly, the Hon. Curtis Martin has told Member of Parliament for St. Christopher 7, Dr. the Hon. Timothy Harris that a Motion of No Confidence that he filed last September would not have been heard at the October 24th sitting.

“My position regarding Motions of No Confidence filed with the Clerk has not changed. That position was stated in the National Assembly on July 8th 2013,” Speaker Martin said in response to a letter from Dr. Harris.

“I will make no rulings with regard to these motions, including the motion recently filed by you, until a decision by the Court of Appeal currently before it,” the Speaker said in his October 21st response.

“As I have also previously indicated, I will not permit any debate, however tangential, in relation to these matters which are still to be decided by me. You should therefore be guided according,” said Speaker Martin.