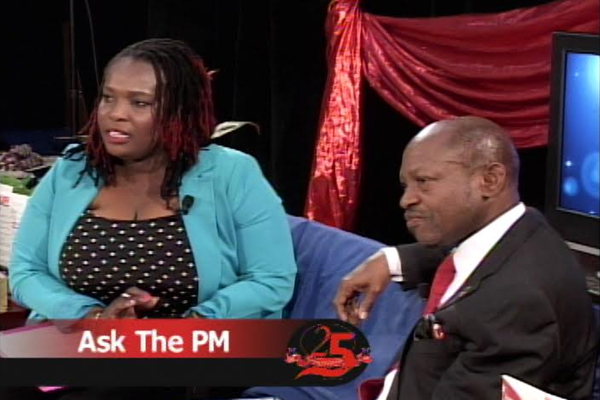 Although introduced by the Prime Minister’s press secretary Erasmus Williams, the show was hosted by director of the Department of Constituency Empowerment Dr. Joyelle Clarke.

A live studio audience featured the top athletes and scholars from the St. Paul’s Parish and was the highlight of the day’s event. The students posted questions to Prime Minister Douglas. The show also featured a call-in segment.