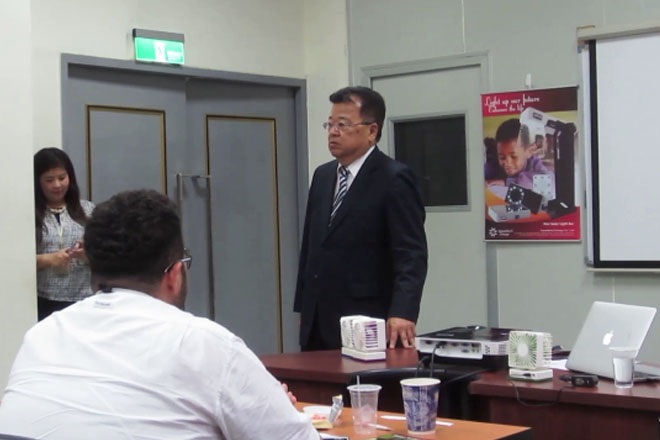 (ZIZ News) — The man in charge of Taiwan-based Speedtech Energy LTD. says the company is committed to working with the new Government of St. Kitts and Nevis on several projects.

This is the word from Speedtech’s Chief Executive Officer, Lucas Chui who said the company remains willing to pursue ongoing projects under the Team UNITY Administration.

“We will finish…we still have the one project not finished yet, the solar power plant. After this one I think we have new ideas and we’d follow the new government’s ideas and suggestions,” he said.

Chui was part of a delegation from Speedtech who met with an international press group in Taiwan on Wednesday.

The energy experts engaged the press group on current Speedtech products and concepts still in development.