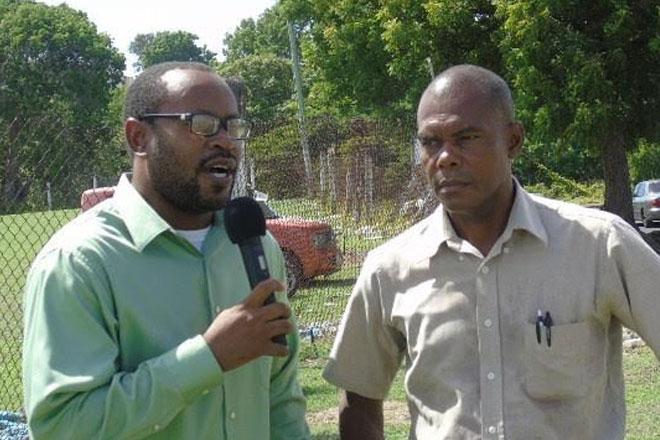 Sports Page — Coordinator of the Sports Department on Nevis, Mr. Jamir Claxton on Thursday indicated that from an administration stand point, things went generally well as regards the hosting of the recent FIFA under 17 women’s Football tournament which was played at the ET Willet park.

He pointed to one major hiccup and that was the passage of the tropical storms but had high praise for the Four Seasons resort; Hamilton Villas and the Oualie Beach resort which all stepped up to the plate and accommodated the Dominica team; the BVI team and the officials, all at no cost.

This was due to flight cancellations due to the weather systems.

His greatest ‘wow’ moment was to see the tremendous support from the local crowd on the opening night of the tournament.

‘I was really pleased with the response of the local fan base,’ he said.

He also noted that the local organizing committee has received positive feedback and commendations from the NIA officials and the FIFA and CONCACAF officials.

‘They gave us double thumbs up,’ he stated.

He is expecting a report from the FIFA officials shortly but noted that in the interim the match commissioners and the CFU coordinator had indicated verbally that they were very pleased with the performance of the local organizing committee in hosting the event.

He is looking forward to the hosting of the next big event and stated that one thing he would ensure is done differently would be to facilitate more interaction for the fans at the event.