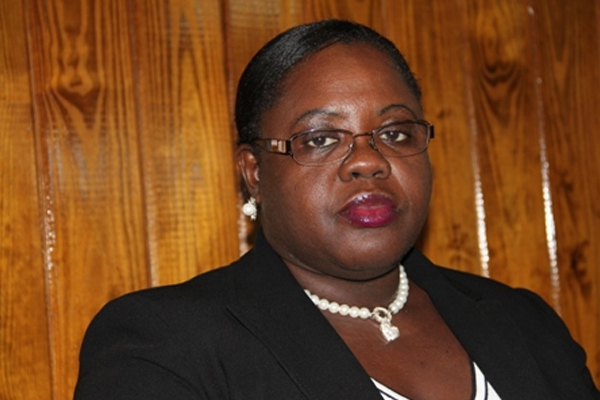 Sports Page — The fourth edition of the Nevis Sports Museum week got on the way with a brief but impressive opening ceremony at the Museum on Monday 7th July.

The ceremony was chaired by Curtis Morton, Communications Officer within the Ministry of Social Development who dealt with the issue of the criterion used for selecting the honourees on an annual basis.

Permanent Secretary in the Ministry of Social Development, Mr. Keith Glasgow lauded the achievements of the honourees in their respective fields of endeavour and challenged Premier Amory who is incidentally one of this year’s honourees, to make an effort towards ensuring that Nevis will one day have a Cricket stadium capable of hosting international matches.

Junior Minister in the Ministry of Sports, Hon. Hazel Brandy- Williams congratulated the initial efforts of former Sports Minister, Hon Laughton Brandy whose idea it was to establish the Sports Museum, the only one of its kind in the OECS. She also thanked Curtis Morton for initiating the idea of the Sports Museum week and congratulated the honourees for their contributions.

She noted that going forward; a committee will be put in place which will establish the criteria by which future honourees will be selected.

The honourees were then presented with certificates of appreciation by Minister Brandy –Williams.

The ceremony also included a prayer by Community Development Officer, Othneil Daley and a stirring poem by Ms Sheryl Sutton in honour of her late son, Thynel Martin.

In giving the vote of thanks, newly appointed Supervisor at the Sports Museum Ms Vera Herbert, used the opportunity to give a historical overview of the Sports Museum and also hinted to some of the plans that she has in store for its further improvement.

Two of the honourees, Premier Vance Amory and Mr. Theodore Hobson then interacted with students from the Charlestown Primary School and the Maude Cross Preparatory School and members of the general public.

Mr. Amory made it as far as the President’s X1 in terms of West Indies Cricket and Mr. Hobson tried out in the then West Indies trials as a wicket keeper/batsman.

This year’s honourees will be at the Sports Museum on specific days for the remainder of the week to meet and interact with members of the general public as follows:

Friday 11th July—Former top athlete Thynel Martin will be honoured post humously and it will also be a day when members of the general public can donate artifacts etc to the Sports museum.

The general public is cordially invited to be a part of the week.