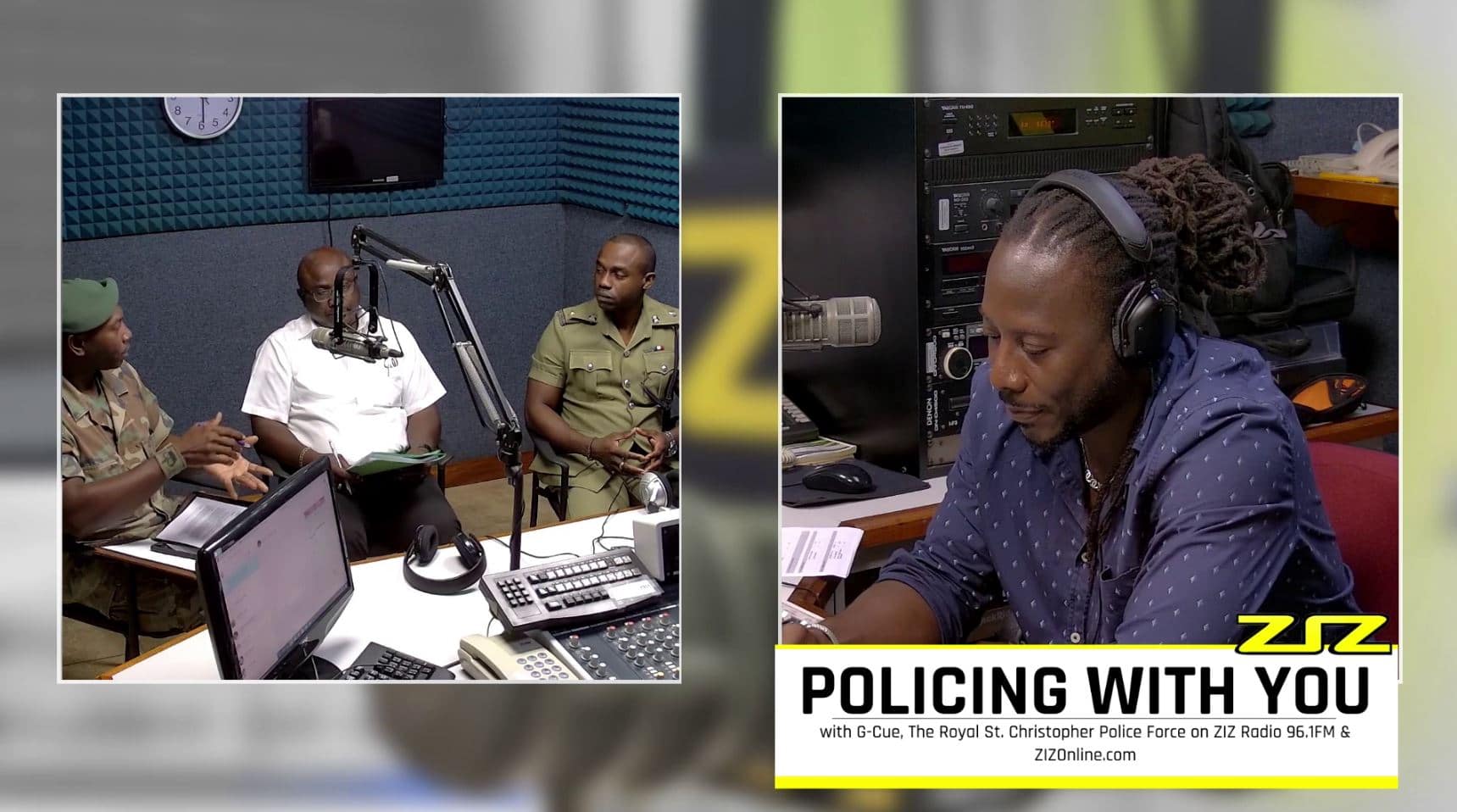 Basseterre, St. Kitts, January 21  2021 (ZIZ News)  The benefits of the Cadet Corps was the topic of discussion on Thursday’s edition of “Policing with You” on ZIZ Radio.

Capt Keithley Phillip was one of the guests joining Inspector James Francis as they spoke about the history, structure, and significance of the Cadet Corps.

He said the Cadet Corps is essentially a school-based applied leadership programme that is conducted within a military framework.

Warrant Officer Nigel Caines said one of the main roles of the Cadet Corps is to instill a sense of discipline in the cadets. He went on to clear up some misconceptions some persons may have about the corps.

WO Caines said the cadet corps also aims to teach skillsets and trades as part of their holistic development mandate.

The Cadet Corps was established in 1917 and is an arm of the St. Kitts Nevis Defence Force.
“Policing with You” airs every Thursday at 9:15 during the Morning Show with G-Cue on ZIZ Radio.