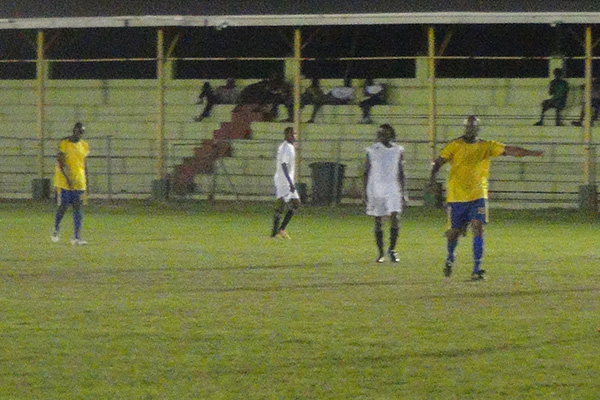 Brand Slybo Stoney Grove Strikers were in dominant mood on Saturday 23rd November as they swamped Villa Int 9 goals to 1
Errol MARLEY Newton led all scorers with a hat trick
In the first scheduled game that same evening, Stones United for the second consecutive game was a no show, thus giving the All stars team some free points
In the only game played on Sunday 24th November, Highlights Int dominated Bronx United with a 3 to 1 score line
Here is a summary of the weekend matches:

Results from Saturday 23 November
First Game
Match between A,N & M Stones United and All Stars ended in a forfeited win to All Stars due to a no show by Stones United.