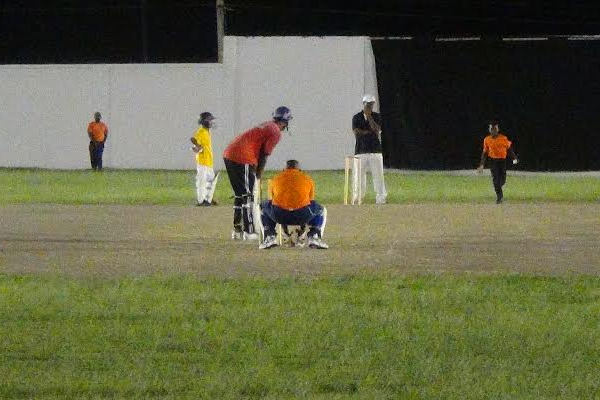 The tournament which is organized by Clinton SWANNY Swanston features cricketers who are over the age of 50 and some Primary schoolers.

St.John’s Parish team faced off against the St.Paul’s team.

A depleted looking St.John’s team won the toss and elected to bat first. When the lack of players was questioned, somebody responded: ‘Well, they only need two at a time’.

However, after a shaky start, the St.John’s team managed to get to an imposing 99 runs from their allotted 15 overs.

The St.Paul’s team in response was off to a slow start and even though Myron Herbert swung his bat lustily towards the end of the overs, they could only manage 73 runs at the end of 15.

The next match is set for Sunday 9th November when St.Thomas’ is set to engage the St.George’s team at the ET Willet Park, commencing at 2 pm.