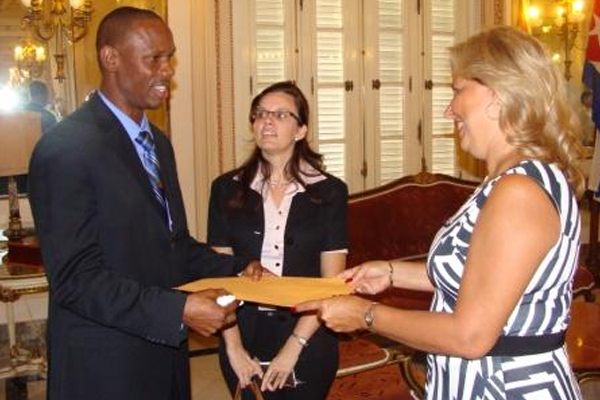 Ambassador Douglas is still considered the Ambassador-designate until he presents his credentials to the Vice President later in this month.

In presenting his credentials, the Cuban-trained diplomat highlighted the dedication and service of his predecessor His Excellency Cedric Harper, who served as Non-Resident Ambassador to Cuba for several years. Ambassador Harper, who resides in Kingston, Jamaica, is also the Federation’s High Commissioner to Jamaica.

Ambassador Douglas expressed the Federation’s support to the Government and People of Cuba in their continued effort to end the economic and trade embargo imposed by the United States.

He also spoke of the positive light in which people ought to view Cuba and pledged to work towards strengthening of relations between Havana and Basseterre.