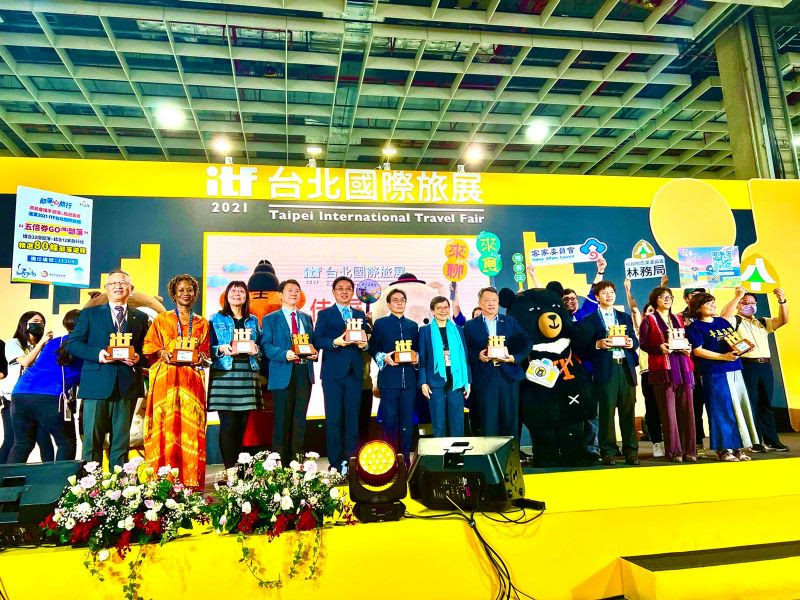 St. Kitts And Nevis’ Booth Selected As One Of 10 Best At Taipei’s International Travel Fair

Taipei, Republic of China (Taiwan), November 08, 2021 (Embassy of St. Kitts and Nevis): With its beach bar vibe, pulsating music and fun activities, the organizers of the 2021 Taipei International Travel Fair (2021 ITF) selected the Saint Kitts and Nevis booth as one of the 10 best out of over 200 participating booths at this year’s fair.

According to St. Kitts and Nevis’ Ambassador to the Republic of China (Taiwan), H.E. Ambassador Jasmine Huggins, the idea was to recreate the feeling of being in the Federation hanging out at a beach bar having fun. Ambassador Huggins further stated that she believed that the booth design, along with the music, staff, and friends working at the booth created an atmosphere that caught the eye of the ITF organizers.

Ambassador Huggins also shared that two students from the Federation, Mr. Davaral Webb, and Ms. Jonelle Irish provided tremendous help at the booth. “They brought a lot of energy and spoke with passion about Saint Kitts and Nevis to the visitors who stopped by to learn more Ambassador Huggins revealed.

The annual ITF Is the largest tourism show in Taiwan and although it was held under pandemic restrictions it was still very well attended with over 40 countries participating.

Along with 2021 ITF, the Embassy of St. Kitts and Nevis in Taipei is also promoting the Federation using posters strategically placed in the Taipei MRT system. A bus promotion will also begin on November 10 and will run for one month.