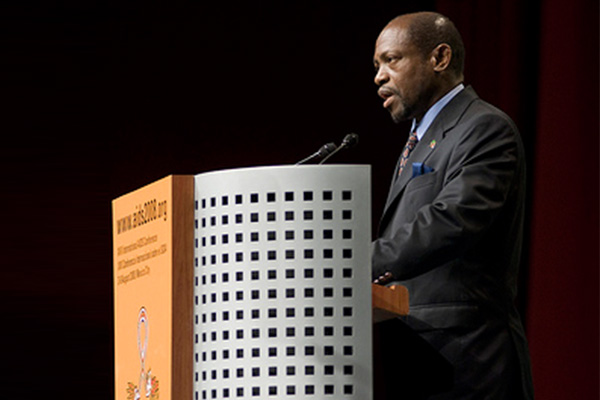 (CUOPM) – Despite vigorous consultation, the general consensus at the end of the second PANCAP Justice For All consultation at the St. Kitts Marriott Resort, decisive actions must be taken, quickly to change several key pieces of legislation and to enact several laws and policies already reviewed and drafted in the process of creating a society in which there is truly justice for all.

The Justice for All programme, attended by over 70 parliamentarians, faith based leaders, NGOs, youth and government officials avidly debated the deficiencies in existing legal instruments which lend to HIV related stigma and discrimination in St. Kitts and Nevis.

PANCAP in its release said the programme is designed to create a roadmap for action based on an existing body of concrete recommendations is expected to continue throughout the region as a response to debilitating effects of HIV based stigma and discrimination.

It is clear that stigma and discrimination have a highly negative impact on people who live with HIV/AIDS. A human rights approach to redress is currently high on the agenda of regional and international bodies concerned with eradication HIV from the planet by 2015.

St. Kitts and Nevis’ Prime Minister the Rt. Hon. Dr. Denzil L. Douglas commended UN Secretary General’s Special Envoy for HIV/AIDS in the Caribbean, Professor Edward Greene, for his special efforts with PANCAP and UNAIDS , to the PANCAP Coordinating Unit, for conceptualizing and bringing into fruition the elements of the Justice for All Programme and to UNAIDS for its unstinting leadership and support, as well as those members of the St. Kitts and Nevis’ Ministry of Health, for their special efforts in coordinating the event.

Dr. Douglas noted that The PANCAP Justice for All programme was broad and inclusive in vision and for this reason it has special appeal. In his remarks which adumbrated the ways in which PLWHA”s experience stigma and discrimination, he called for “compliance with the workplace policies against discrimination against people living with HIV (PLHIV), in ensuring that health workers and members of the protective services remain faithful to the principles of non-discriminatory actions…….that they demonstrate strict compliance to confidentiality requirements………and that our every action brings us ever closer to erasing all vestiges of stigma and discrimination.”

Prime Minister Douglas reaffirmed his “unshakable commitment and leadership” to the cause of human rights ending stigma and discrimination in the region. He acknowledged the “need for severe moral and legal sanctions” and other actions in response to various societal ills. The Prime Minister invited the “ church, civil society, Parliamentarians those in Government and in Opposition, Attorneys General and other leading voices in our communities to become involved in these important discussions, and to ensure that their voices are heard. ”

PANCAP noted that the Caribbean leader applauded the active role that Faith leaders and organizations throughout the region have been taking in the national conversations on Justice For All and in offering care and solace to PLWHAS.

He noted that “houses of worship in St. Kitts and Nevis will join their counterparts throughout the region, who see the Justice For All spirit as an appropriate focus for worship………and as a possible theme for sermons……. as we strive to keep the society on the path toward true compassion and inclusion.”

In a gracious and powerful gesture at the end of the day’s consultations Faith Based Leader’s in St. Kitts and Nevis, presented a declaration which they promised will be read by all leaders in all churches on Sunday December 1, World Aids Day. The declaration delivered by Arch Deacon Dr. Allen Isaacs reads:

“Faith Based Organization Declaration based on dignity and justice for all. All human beings are born free and equal in dignity and rights. They are endowed with reason and conscience and should act towards one another in a spirit of brotherhood;

We believe therefore that in our Federation, we ought to adopt a policy that is common to all for implementation by all.

Furthermore, we continue to encourage our membership to lead by example and to refrain from stigmatization and discrimination against persons who appear to be different from ourselves.

This would include persons living with HIV/AIDS, cancer, the poor and needy, and those with different orientations.

To this end, we implore our communities to be vigilant in safeguarding what is just, honest, and sincere in our interaction with one another. ”

The St. Kitts and Nevis pastoral declaration is a defining socio‐religious moment in Caribbean and is expected to ignite a positive spiritual flame in movement towards a society that brims with love, compassion, respect and tolerance of all of Gods creations.

PANCAP states: The movement has begun.