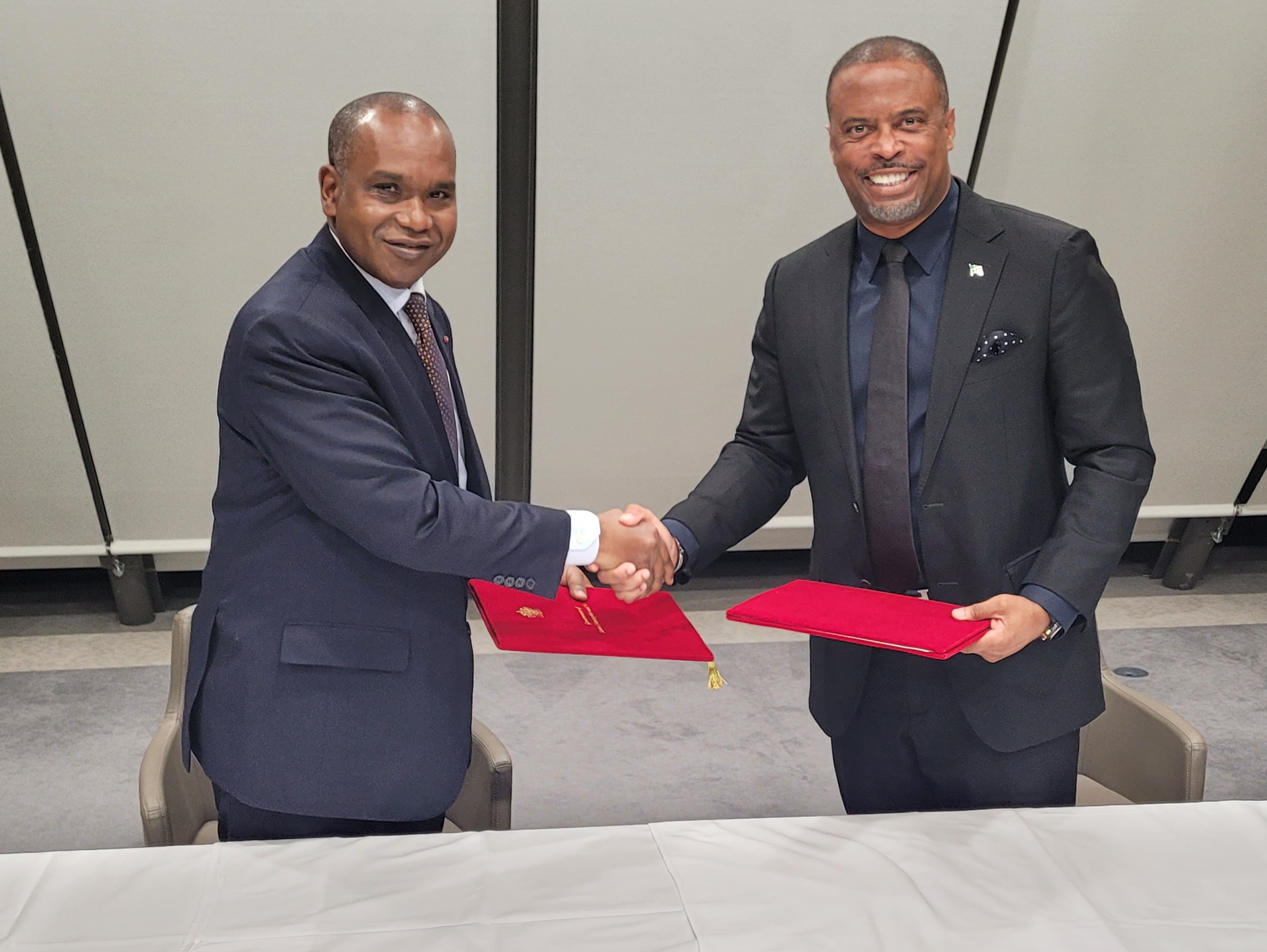 (Belgrade, October 10, 2021)– The Federation of St. Kitts and Nevis formally established diplomatic relations on October 10th, 2021, with Burkina Faso and at the same time signed a full reciprocal visa waiver agreement with that country in a brief ceremony held in the margins of the 60th Anniversary of the Non-Align Movement Summit in Belgrade, Serbia.

Minister Brantley remarked that “Today’s signing is a significant one as the Federation continues its thrust to expand its diplomatic footprint, particularly in Africa.” The honorable Minister noted that St. Kitts and Nevis has supported Burkina Faso in the past and will continue to do so in the spirit of mutual friendship.

His Excellency Alpha Barry expressed his delight for the opportunity to meet Minister Brantley again as well as to take this important step in formalizing relations between the two countries. Foreign Minister Barry intimated that he looks forward to working together to further strengthen relations between Burkina Faso and St. Kitts and Nevis.

Burkina Faso is a landlocked country in West Africa with a population of just over 21 million and is bordered by Mali to the northwest, Niger to the northeast, Benin to the southeast, Togo, and Ghana to the south, and the Ivory Coast to the southwest. Burkina Faso is expected to have a GDP in 2021 of US$17 billion based largely on gold and other mineral deposits and hosts Africa’s largest craft market.