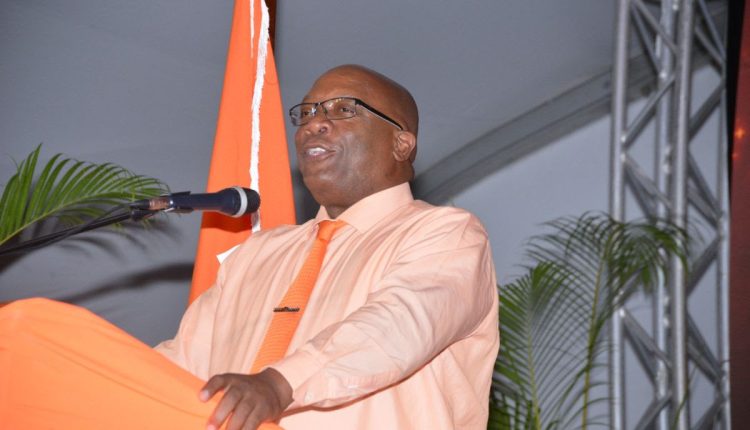 BASSETERRE, St. Kitts, March 28, 2022 (Press Unit in the Office of the Prime Minister) – The Team Unity-led Government of St. Kitts and Nevis is actively formulating policies to contain the spiralling cost of living – triggered by international events beyond the country’s control – that is adversely affecting the citizens and residents of the twin-island Federation.

“We are going to bring some measures that will bring some relief to you. These will include measures to reduce gas prices at the pumps and we will reduce certain taxes on certain items of groceries to make the cost of living more manageable for you. In other words, we are delivering again for you,” said Prime Minister Harris during his presentation at the sixth National Convention of the People’s Labour Party (PLP) on Saturday, March 26, 2022.

The Prime Minister added, “We are going to extend the income support for those who continue to be unemployed—the $1,000 per month. I think we had, in the [2022] Budget, said that we will do it for three months [but] we will extend it for another three months to help you out because we care, and we will monitor the situation.”

Additionally, Prime Minister Harris, who is the Minister of Finance in the Federal Cabinet, announced that the Government is also considering an increase in wages and salaries for all public servants.

“I have asked the financial secretary to consider what it would cost to give you, our workers, an increase in wages and salaries,” Dr Harris said to thunderous applause and cheers from the hundreds of persons who attended Saturday’s event at the Patsy Allers Playing Field.

Moreover, the honourable Prime Minister said that his administration will move forward with its plans that will support the further development of St. Kitts and Nevis.

He said, “We want to build out our alternative energy programme to help us deal with the issue of the high cost of fuel and energy in our country and around the world. This is critical to sustain our environmental health and ensure a sustainable supply of affordable energy. We have made some progress there and I’m counting on our Deputy Prime Minister as Minister responsible for Energy to deliver on that.”

Greater emphasis will also be placed on the development of what is termed the blue economy. The World Bank describes the blue economy as the “sustainable use of ocean resources for economic growth, improved livelihoods and jobs while preserving the health of the ocean ecosystem.”

The Prime Minister said, “This will be a new frontier for the Federation of St. Kitts and Nevis. We encourage our citizens and residents to seek training and create businesses linked to the blue economy. The Government will assist interested persons where feasible and generate policies to attract investments in the ocean. Our blue economy will provide reliable and sustainable livelihoods for our people leading to a stronger and safer future that we all desire and deserve.”

Prime Minister Harris noted further that the expansion of the digital economy remains a priority of the Government, noting that this will create “new jobs and improved opportunities for our people to work away from home. We will target high-tech industries for St. Kitts and Nevis and we will build out a state-of-the-art data center here bringing much big business to St. Kitts and Nevis.”