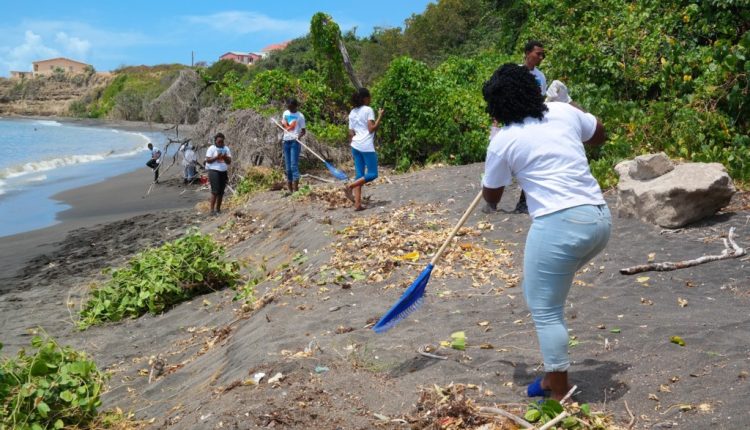 St. Kitts And Nevis Government Places Greater Significance On The Protection Of The Environment

BASSETERRE, St. Kitts, September 30, 2020 (Press Unit in the Office of the Prime Minister) – The Team Unity Government of St. Kitts and Nevis, in its second term in office, has placed a higher priority on the protection of the environment, highlighted by the creation of a stand-alone Ministry of Environment and Cooperatives headed by the Honourable Eric Evelyn.

The matter of the environment along with what the Government is doing to protect it was the subject of discussion on the most recent edition of the popular virtual interactive series, Leadership Matters with Prime Minister Dr. the Honourable Timothy Harris.

The honourable prime minister was joined on the Tuesday, September 29 broadcast by Minister Evelyn and the Chairman of the Development Control and Planning Board, Mr. Calvin Pemberton.

In his remarks, Prime Minister Harris noted that environmental degradation has become a major concern here in St. Kitts and Nevis.

Dr. Harris stated, “The degradation of our shorelines, the careless removal of our beach sand without concern for its replenishment, the untidy nature of our parks and green areas must be matters for which all of us use best efforts to contain and eliminate.”

The prime minister further indicated that his Team Unity administration has taken some policy decisions to enhance the environment which include controls on the locations and quantity of beach and ghaut sands which a person could procure.

He added, “Restrictions have been imposed on the indiscriminate building and squatting. We have ensured that we produce development layouts for the orderly determination of land use whether for residential purposes, commercial purposes, industrial purposes or agricultural purposes.”

Meanwhile, the Honourable Eric Evelyn commended Prime Minister Harris for his vision in ensuring that the environment becomes a priority in the formation of the second term Team Unity Cabinet.

Minister Evelyn said while the environment will be getting the attention and support it deserves at the Cabinet level, they will also be counting on the support of members of the public “as we move forward in protecting and preserving our environment.”