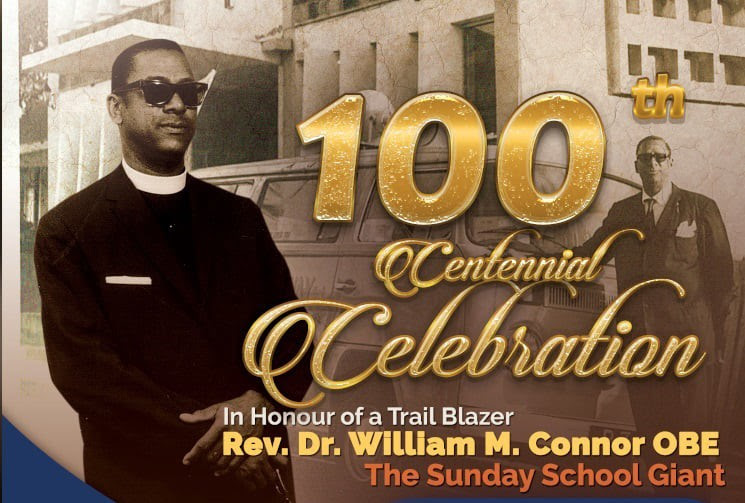 Basseterre, St. Kitts, August 06, 2021 (SKNIS): Members of the Federal Parliament (MP) in St. Kitts and Nevis paid tribute to Bishop Reverend Dr. William M. Connor OBE on Thursday, August 05, 2021, with a Resolution in celebration of the centennial anniversary of the Sunday school giant and pioneer of the local Baptist movement.

Minister of Ecclesiastical Affairs and MP for St. Christopher #8, the Honourable Eugene Hamilton, moved the Resolution. It included an account of the vast contributions and numerous achievements of Dr. Connor, also affectionately known as Brother Connor.

“We all know Dr. Connor, who served his country very well as a Pastor, as a teacher. And on this centennial of his [birth], it is my privilege as Minister responsible for Ecclesiastical Affairs to move this Resolution and to seek the support of this Honourable House for honouring him at this time,” Minister Hamilton stated.

Minister of Health and MP for St. Christopher #3, Honourable Akilah Byron-Nisbett, represents the area where Dr. Connor was born and where he established the Antioch Baptist Church. She said that his life’s work has been a beacon in “The Village” while she fondly recalled attending the popular Vacation Bible School during the summer.

“Brother Connor was a giant of a man, a giant in stature and a giant in personality,” Minister Byron-Nisbett expressed. “Everyone from The Village community saw him as a figure that they looked up to, someone who created an atmosphere within The Village that brought people together. He looked out for the people of the community. He cared about the people.”

Minister Byron-Nisbett said that Brother Connor’s passion to empower the less fortunate in society through the Gospel, skill development, and social intervention, lives on today at the Antioch Baptist Church in Lime Kiln, Mount Carmel Baptist Church in Bourryeau, and the Calvary Baptist Tabernacle in Sandy Point.

Prime Minister and MP for St. Christopher #7, Dr. the Honourable Timothy Harris, strongly supported the Resolution. He described the late Bishop as “a genuine patriot who rose from humble beginnings to inspire and to lead persons to higher heights. Dr. Harris added that Dr. Connor was successful “in transforming The Village community and the entire island of St. Kitts and Nevis through his hard work and dedication to the Lord.”

“His work has touched thousands across the country. His humility, strength and persona are all things that persons refer to as they speak to his legacy. I want to say that we are proud of that kind of leadership …,” said the prime minister.

Officials at the Antioch Baptist Church scheduled several activities for September in celebration of the centennial. Details of such will be released later.