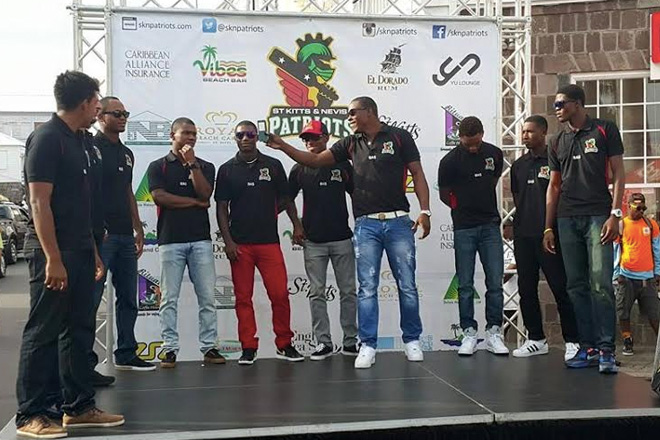 (ZIZ News) — One day before the third edition of the Hero Caribbean Premier League (CPL) T20 bowled off, the newest franchise, St. Kitts and Nevis Patriots, was officially launched to the local fans.

The team was introduced during an informal ceremony in the capital city of Basseterre on Friday afternoon.

During the launch outside Digicel in the Circus, cricket enthusiasts and children were able to take photos with their favorite players.

ZIZ will broadcast all of the matches for this year’s edition of the Hero CPL T20 as it is the sole holder of broadcast rights in St. Kitts and Nevis.