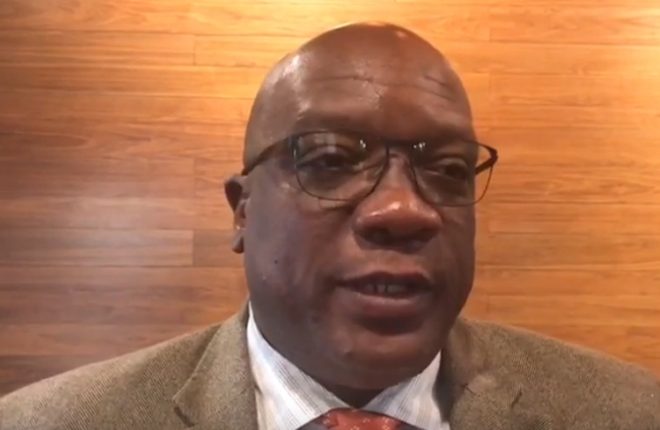 (SKNIS)- On Wednesday 28th November, 2018 a delegation from Telesur, lead by the President of Telesur, Ms. Patricia Villegas, accompanied by the Vice Minister of Foreign Affairs of the Bolivarian Republic of Venezuela , Mr. Raul Li Causi visited the Federation and held talks with the Prime Minister, Dr. the. Hon. Timothy Harris. Telesur is a Venezuelan and Ecuadorian-based, multi-state funded, Latin American television and multimedia network.

The discussions were centered around Telesur’s interest in expanding its reach in the Eastern Caribbean market, and as a result have their channel included in the Television packages offered in the Federation.

President of Telesur, Ms. Patricia Villegas emphasized that Telesur which commenced operations thirteen years ago was originally a Spanish speaking television network, but noting the imbalance in news reported by the traditional international media networks, the company launched its English network in late 2018.

The timing of the launch was particularly influenced by the inadequate reporting by the international media, of the extent of the damaged suffered by many Caribbean islands during the 2018 hurricane season. Vice Minister, Li Causi, supported the position of the delegation of Telesur, and noted that his Government fully supports Telesur’s vision of expansion in the Eastern Caribbean and called upon Prime Minister Harris to equally support the idea, as the Caribbean and Latin America continue to work together deepen and strengthen ties.

Whilst thanking the delegation for the visit, Prime Minister Harris remarked that it is the belief of his Government that, Telesur can make a big difference in the lives of the people of the Americas, particularly in facilitating the integration of the people of the region. He further noted, “ It was the vision of the late President Chavez, that the Americas be treated as a single entity with our people being able to interact with one another to improve their relationships and knowledge about each other and build a strong Americas.

We believe that Telesur then is part of that vision of a united region, which can help in the transfer of information to Spanish and English speaking people of the region, so that the lack of knowledge about each other can be dealt with in a very constructive way.”

Prime Minister Harris also emphasized that “knowledge is critical to our people’s development and so we welcome Telesur and its interest in St. Kitts and Nevis.” Prime Minister Harris also encouraged the officials to introduce educational programmes to their platform, so that the Spanish speaking population in the Federation can benefit from opportunities to improve their English as well.

The visiting delegation also conducted meetings with representatives from FLOW and The Cable, during their one day visit to the Federation.