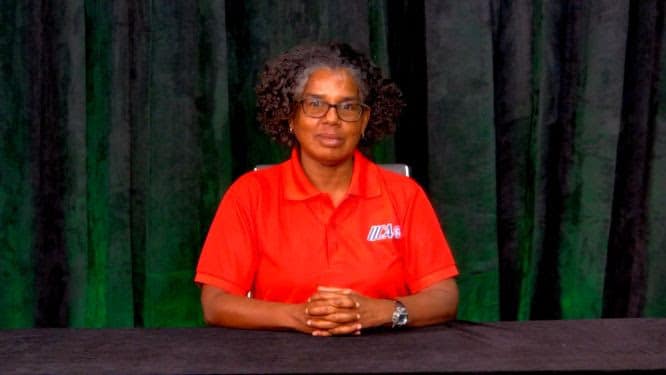 Basseterre, St. Kitts, April 21, 2021 (SKNIS): The Inter-American Institute for Cooperation on Agriculture (IICA) will be working closely with the Ministry and the Department of Agriculture in St. Kitts and Nevis to increase water efficiency in farming.

Sharon Jones, Technical Specialist with IICA, spoke about a new development project on Tuesday’s (April 20) edition of Leadership Matters – A Virtual Forum Series. It is designed to help the seasonal planting of crops. The seasonal planting of crops is becoming more challenging given the increasingly unpredictable weather conditions with less rainfall as a result of climate change.

“Some farmers at the beginning of March, April, had a very difficult time to get started because they did not have access to water,” Ms. Jones stated while referring  to efforts to boost food production during the COVID-19 pandemic in 2020.

“The rainy season as you will remember started quite late last year so, July, August, were very dry, and then the rains really came towards the end of October to December. So, the predictiveness of rainfall is not as it was,” the IICA official indicated. What this does to farmers is that they are not able now to foresee and can’t go into production the way they would like to.”

When implemented, the project will boost farmers’ resiliency in water management by facilitating greater water storage and utilizing it more efficiently.

“You get more from the drop,” Ms. Jones added. “This is very important so that you are now able to plan which crops you will use at what period of time.”

Work is continuing on the project design and will be released later this year.