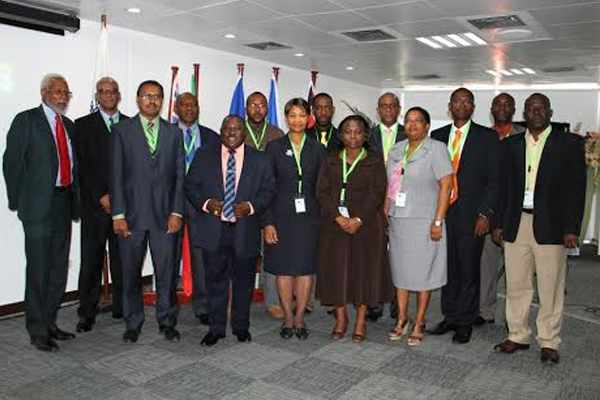 At the meeting, Bernadette Lewis, secretary general of the CTU, presented to the executive council chairman her report on the performance of the organisation and the progress of its recent and ongoing projects.

The CTU was established by the heads of government of the Caribbean Community (CARICOM) in 1989 in Nassau, The Bahamas. The latest executive council comes on the heels of the 25th Inter-Sessional Meeting of the Conference of CARICOM Heads of government, a top-level meeting which underscored the significant role of regional leadership in designing and implementing the Caribbean’s technology development agenda.

One highlight of the executive council meeting was a video presentation by leadership development expert, Dr. Farid Youssef of the Faculty of Medical Sciences, The University of the West Indies, Trinidad and Tobago. Dr Youssef identified drivers for effective leadership in the Caribbean context.

The two-day event was sandwiched in a weeklong series of regional technology development meetings hosted by the government of Suriname, through its Ministry of Transport, Communications and Tourism, under the leadership of Minister Falisie Josef Pinas.

The inaugural SMSC meeting came as the Caribbean Telecommunications Union (CTU) is rolling out its Harmonised Caribbean Spectrum Planning and Management project across its fourteen member countries.

The project, which was formally launched in Montego Bay, Jamaica in December 2013, is being undertaken with technical support from the Inter-American Development Bank (IDB) and Compete Caribbean. It aims to harmonise practices and procedures for spectrum management across the countries.

On April 7, the SMSC started building on the work of the SMTF. The SMSC is aiming to develop a regional frequency allocation table, which is intended to facilitate the adoption of common frequencies for disaster management and emergency telecommunications.

On the last two conference days, the CTU conducted a pair of workshops designed to highlight adaptive technologies available to deaf and blind people.

Presentations focused on ways in which people with visual and auditory impairments can use the Internet to make the most of opportunities for education, training and employment. Some sessions will highlight specific devices that can help people overcome the loss of sight and hearing, using popular platforms such as Apple’s iOs and Google’s Android.