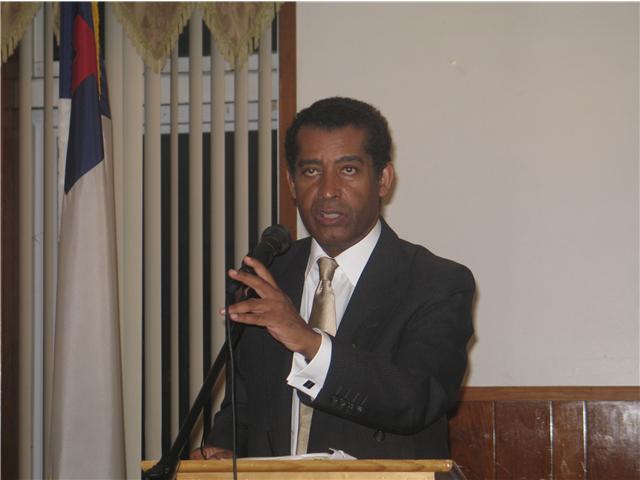 St. Kitts and Nevis says Taiwan has demonstrated a commitment to climate change

(CUOPM) – Stating that all countries have a role to play, St. Kitts and Nevis’ Ambassador to the United Nations have called for the inclusion of the Republic of China (Taiwan) in the global climate change talks.

“Mr. President, it is in keeping with this view that the Federation calls for the inclusion of the Republic of China (Taiwan) in the UNFCCC process as an observer,” His Excellency Delano Bart told the High Level Segment of the United Nations Climate Change Conference, COP 19 and CMP 9 in Warsaw, Poland.

He told delegates that Taiwan has shown its commitment to contributing to the fight against climate change through its national actions as well as through initiatives to assist parties in reducing emissions for example, through clean energy projects.

“Taiwan has a great deal to offer the international community in a vast number of areas. Its prolonged exclusion from various United Nations agencies, therefore, serves neither the interests of Taiwan nor those of the global community,” Prime Minister Douglas told the 68th Session of the United Nations General Assembly.