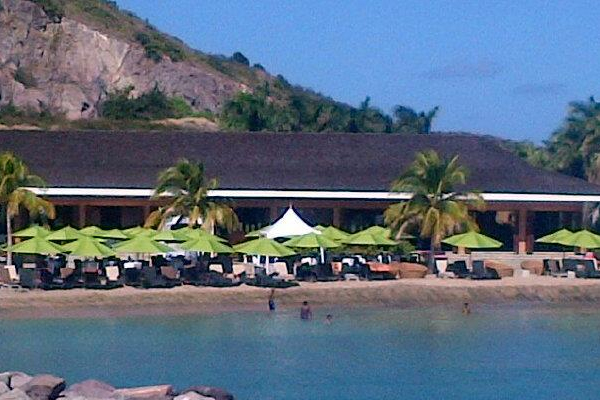 Basseterre, St. Kitts (CUOPM) — The Federation of St. Kitts and Nevis has joined its CARICOM fellow member states in signing the Statute for the establishment of the SIDS DOCK facility.

In his remarks after signing on behalf of the Government of St. Kitts and Nevis, Prime Minister the Rt. Hon. Dr. Denzil L. Douglas expressed his delight in signing the Statute establishing the SIDS DOCK Facility in light of its expressed objective of fighting climate change which for all SIDS poses a very real and present danger.

Dr. Douglas expressed the hope that the SIDS DOCK will serve as an effective source in mobilising resources to design and implement projects that would enable us to reduce our reliance on one source of energy and achieve sustainable development.

The ceremony held in the margins of Third International Conference on Small Island Developing States (SIDS) took place on September 1st in the Independent State of Samoa and will give international standing to the Facility, to assist SIDS to implement projects aimed at combatting the adverse impacts of climate change.

The SIDS DOCK will operate from two locations – Belize to serve the Caribbean, and Samoa to serve the Pacific Islands and Indian Ocean regions.