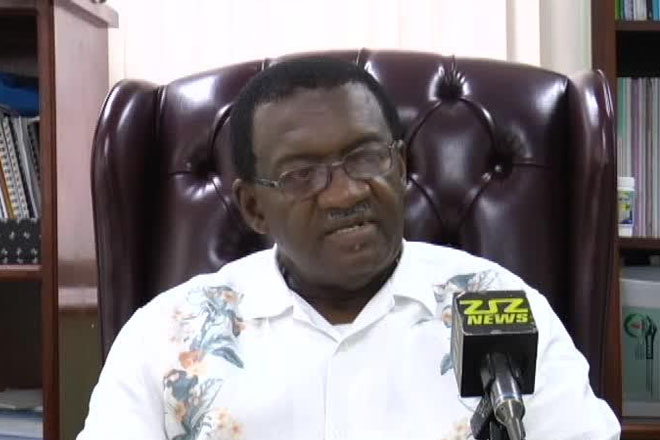 (ZIZ News) – Minister of Marine Resources, the Hon. Eugene Hamilton said the government of St. Kitts and Nevis has supported and continues to support scientific research.

He was at the time reinforcing his stance regarding calls from an international activist group to stop a vessel from transporting whale meat to Japan.

Japan has claimed that the whales collected are used for research and Minister Hamilton said until facts prove otherwise, he supports their research.

“Scientific research that can give us the information that we need so that we can have sustainable development, sustainable conservation of any of these resources. We’ve done that even in our own waters by passing laws and training laws and signing memoranda to protest those species that are being depleted,” the minister said.

His statement came following recent reports that St. Kitts-Nevis supports whaling of endangered species by not removing the national flag from a vessel transporting whale meat to Japan.

Minister Hamilton said, “We have been for several years supporting Japanese in particular in their scientific research and that position has not changed and as we speak that is still the position. It was only a few weeks ago I reiterated that position to the Japanese Vice-Minister while I was in Antigua.”

The Minister said St Kitts and Nevis does not support anything outside of international criteria however, it will continue its support of scientific research.