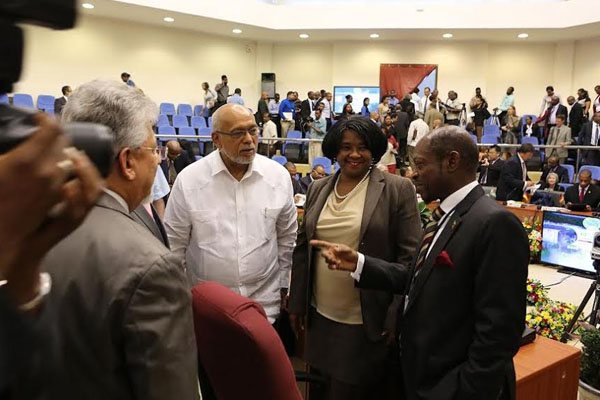 St. Kitts and Nevis to host the 45th CDB Board of Governors Meeting

Basseterre, St. Kitts (CUOPM) – St. Kitts and Nevis is to host the forty-fifth Annual Meeting of the Board of Governors of the Caribbean Development Bank (CDB) in 2015.

The announcement was made at the just ended 44th Meeting in Georgetown, Guyana attended by St. Kitts and Nevis’ Prime Minister and Minister of Finance, the Rt. Hon. Dr. Denzil L. Douglas, who serves as Governor on the bank’s board.

The meeting in Basseterre will celebrate the 45th anniversary of the regional financial institution.

The May 28 and 29, 2014 meeting in Guyana, brought together economic leaders from the Bank’s 27 member countries to discuss the development needs of the Caribbean and the role of CDB in assisting the Region to address such challenges.

During the event, CDB released its annual report which provides an overview of the Region’s economic development and sector performance.

The Bank also hosted two seminars to topics of relevance to the socio-economic development of Caribbean Region. Seminar topics were Public Private Partnerships In The Caribbean: Building On Early Lessons and New Paradigm for Caribbean Development: Transitioning to a Green Economy.