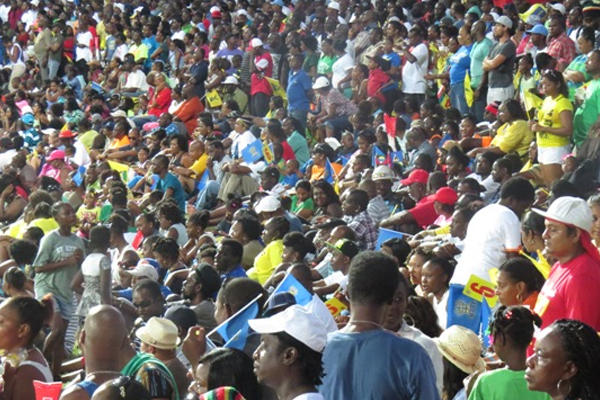 Speaking at the fourth in the series of “Conversations for Progress,” Prime Minister Douglas noted that the Mona School of Business at the University of the West Indies (UWI) in Jamaica has taken a special interest in the economic impact of CPL throughout the Caribbean.

“I am certain that an assessment of the economic impact of CPL 2014 in St. Kitts and Nevis will be produced by them in the not too distant future,” said Dr. Douglas, who pointed out in the interim, the Mona School of Business has analyzed and publicized the economic impact of CPL 2013 in places like St. Lucia, Jamaica, Antigua and Barbuda, Trinidad and Tobago, Barbados, and Guyana.

“In addition, as Minister of Sports Hon. Glenn Phillip has already explained, in the highly competitive global travel market, name recognition and destination awareness are everything. The number of persons, all around the globe, who were either introduced to St. Kitts and Nevis, or were re-introduced to the Federation, as a result of the six days of international coverage, was therefore also another advantage of tremendous value,” said Prime Minister Douglas.

He said that the local economic impact on bakeries, taxi drivers, hotels, security firms, small vendors, and so on was also quite dramatic – as everyone already knows. And so, I simply want to make a point of commending, and once again publicly thanking, Minister Phillip for a job very, very well done.