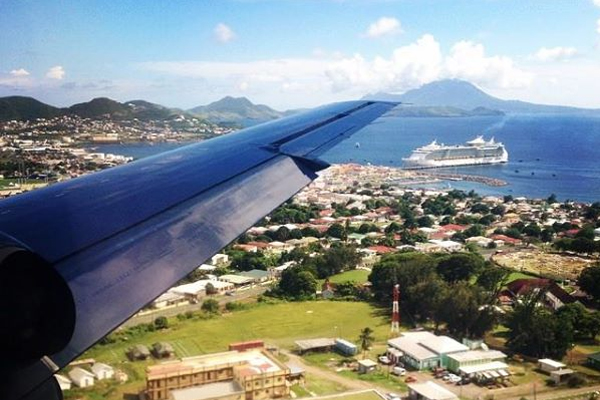 St. Kitts is named a ‘Travel Hotspot’ for 2015 and Ranked Among the Best Caribbean Islands

Basseterre, St. Kitts (CUOPM) — With 2014 soon coming to a close, St. Kitts has just received two more honours to add to its growing list of awards and recognitions for tourism excellence.

“Recognition by another two respected publications again confirms that our country is on the right development path,” said Minister of Tourism and International Transport, the Hon. Sen. Richard “Ricky” Skerritt.

He added: “At the end of what has been another exciting year for St. Kitts tourism, I say thank you to all of our stakeholders and tourism partners for their ongoing roles in helping to make St. Kitts such a special Caribbean destination.”

The Huffington Post has named St. Kitts and Nevis as one of the Top 15 Emerging Travel Hotspots for 2015 and Business Insider has ranked the twin-island destination at #8 on a list of the 25 Best Caribbean Islands.

St. Kitts is the only Caribbean destination to appear on The Huffington Post list (ranked at #12) and it stands among such exotic locales as Taiwan, Madagascar and Bhutan, to name a few.

The article states that emerging destinations have richness of history, culture and beauty and reward those who visit with once-in-a-lifetime experiences that consistently top travel wish lists.

Called “both the original and the newcomer in the Caribbean,” St. Kitts is noted for its new marina, YU Lounge private airport terminal and new properties “whisking the islands into a luxury category to rival the best.”

The Huffington Post is part of the prestigious AOL Network of properties with a total digital population of 79 million unique monthly visitors.

Considering its small size as compared to other islands among the top ten, St. Kitts’ ranking by Business Insider is a particularly impressive placement. To determine the ranking, the publication factored in each island’s average hotel room cost according to Hotels.com; the distance from New York City; the number of attractions listed on TripAdvisor; and the amount of coastline per square kilometer, which it called the beach density score.

Of note, the publication calls the twin-island destination “a hidden gem of the Caribbean” and notes that Brimstone Hill Fortress and Clay Villa Planation are breathtaking historic attractions. Also this month, St. Kitts received the “Innovative Destination of the Year” Award in Caribbean Journal’s Caribbean Travel Awards for 2014, which honour the best in travel and tourism across the region.