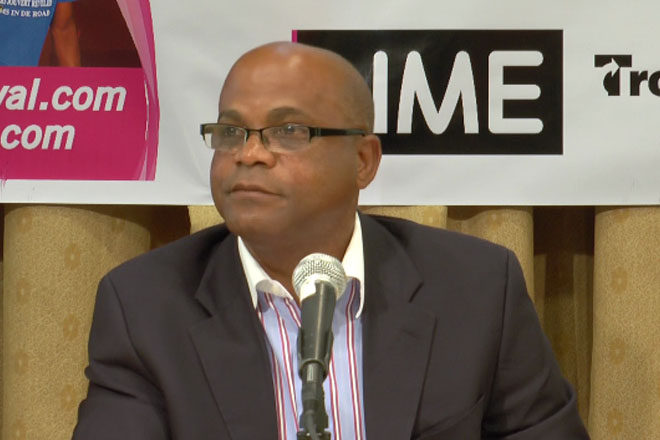 (ZIZ News) — Thursday will mark the start of the St. Kitts Music Festival and the organisers are confident that the first concert will be a success.

On Thursday morning, ZIZ Radio and ZIZ Online provided live coverage of a press conference that was planned by the Festival’s organising committee.

The country’s Tourism Minister, Hon. Lindsay Grant delivered remarks. He expressed pride in being associated with the festival and said this year’s staging will be “an experience like no other.”

“Indeed, with headliners such as Jason Derulo, Trey Songz and Ciara of the 2015 edition of the festival, [it] will be an experience like no other. But to me, tonight will be an exceptionally fun event. In the past, we have labelled Thursday night performances as a “Jump Up Night” but tonight, I think it will be the “Caribbean Party Night” and we Kittitians and Nevisians have to come out and to represent tonight as Odisi Band, Small Axe Band and Mr. Bagnal will turn up the place tonight,” Minister Grant said.

Minister Grant said the impressive line up demonstrates the festival’s diversity and range.

“It is of little wonder that the St. Kitts Music Festival has earned the reputation of being the most diversified musical festival and show in the Caribbean. We take immense pride in being the organisers of a world class musical product which satisfies musical tastes of all patrons,” Grant said.

COVID-19 Vaccine Offered In St. Kitts At Health Centers In The Afternoon From 1:00 Pm…