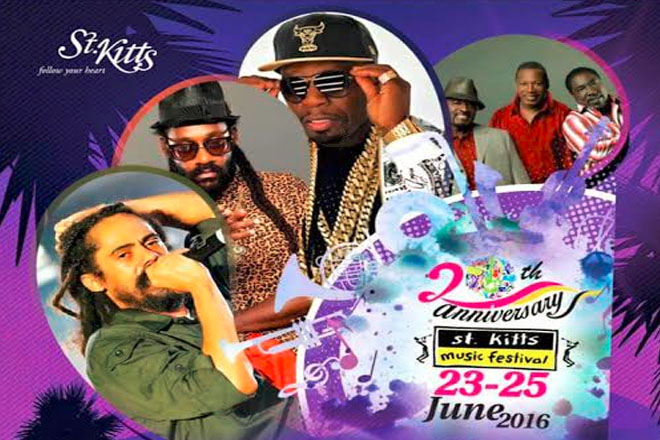 A press conference was held at the palms court gardens and featured remarks from tourism minister hon. Lindsay grant.

He explained how the festival has provided a great deal of exposure for the island.

“The St. Kitts Music Festival has therefore over the years exposed the island’s music and culture to a broad audience and has succeeded in raising our local standards, the standards of the local artists, thus creating a viable employment alternative and opportunities,” he said.

The minister went on to thank all stakeholders for their contributions.

“I want to extend my profound gratitude and appreciation to all the artists, musicians, visitors, those returning and those for the first time, our sponsors and our patrons,” he said.

Chairman of the selection committee, Jonel Powel showcased the promotional video highlighting artistes on the line-up.