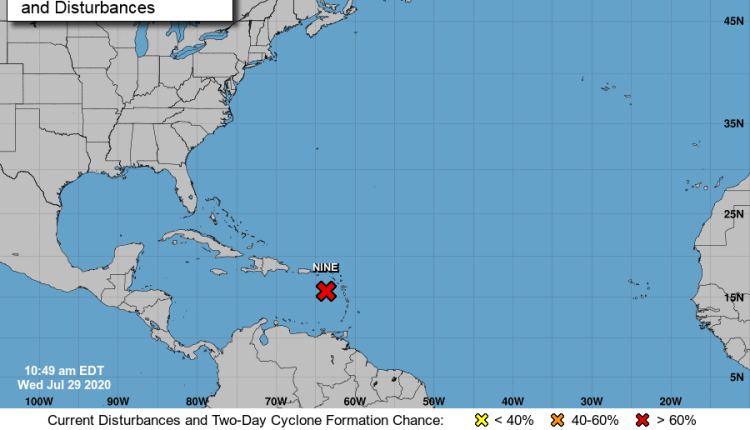 Occasional rainy and windy conditions caused by Tropical Cyclone 9 prompted the partial activation of the National Emergency systems in St. Kitts and Nevis.

Persons on social media indicated that the weather conditions began deteriorating late Tuesday night and then just after 4 Wednesday morning.

A flash flood warning remains in effect for those persons living in low lying areas and any region that is prone to flooding and landslides.

Mariners have been warned to stay in port and seek safe anchorage. Sea bathers should avoid the beaches.

The NEMA and the St. Kitts Met Office has advised that the peak of the stormy conditions can be expected later this afternoon.